Follow us on Instagram
Our app takes the guesswork out of getting pregnant. Get Obie for iOS Now!
Getting Pregnant » Conception

Can You Get Pregnant From Precum (Pre-Ejaculation Fluid)? 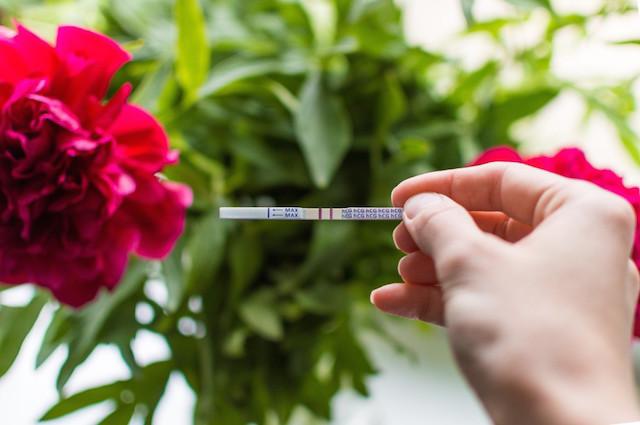 Precum or pre-cum is fluid that is released from the penis just before he fully ejaculates. Precum does not contain as much sperm as the full ejaculate, but it may contain enough live mobile sperm to get someone pregnant if it enters the vagina. And it takes only one sperm to get you pregnant. If sperm enter your vagina and the uterus, there is a strong possibility that the sperms move then up from the uterus through the fallopian tube and fertilize the egg which can lead to pregnancy.

Precum is the fluid that is released from the penis during intercourse shortly before ejaculation, and it can have a sperm concentration high enough for fertilization and pregnancy to occur. Without sufficient contraception precum can enter your vagina, the sperm can move up into the uterus and then the fallopian tube and fertilize the egg.

Several published reports show consistently that pre-ejaculatory fluid, which is the scientific word for precum, contains enough sperm to get a woman pregnant. In a study by Killick et al in 2011, about 40% of precum had enough mobile sperm for impregnation. Therefore, because precum contains a lot of sperm, the commonly known withdrawal method or "coitus interruptus" is a bad contraception method and can lead to pregnancy. In this 2016 study, the researchers reported that about 1 in 5 pre-ejaculatory fluids contained mobile sperms. If you want to not get pregnant, contraception must always be used when having sexual intercourse.

Precum fluid derives from the Cowper's gland and is a fluid that often comes out of the penis during intercourse, shortly before he fully ejaculates. Most men don't even notice discharging precum when it happens, but there are many sperms inside the precum as reported by several studies.

Recent studies from Kovavisarach and another from Killick consistently show sperm in precum, making fertilization possible. Precum often contains many mobile spermatozoa (sperm cells, delivering the nucleus with the genetic information of the male to the ovum of the female) which is often enough for fertilization and pregnancy. Presumably, the pre-cum works like a lubricant and acid neutralizer but it does contain sperms. Both the concentration of sperm in pre-cum and the presence of pre-cum varies by individual.

Some men don’t produce this type of liquid at all. Most men don’t even notice discharging precum when it happens. More importantly, they do not have any control over it. Early understandings on precum once were that sperm is expected to be part of the fluid.

This study reported on misconceptions of questions asked whether pregnancy can occur under different circumstances.

Can you get pregnant without penetration?

Can you get pregnant without penetration is a frequent question of young women starting to have sex. However, it all depends on where he ejaculates. If ejaculation takes place near the vagina, then the ejaculate and sperm can enter the vagina and she can get pregnant. For conception to occur, all it takes is for semen to come in contact with the vaginal canal. If ejaculation occurs and semen comes in contact with the vaginal canal, even if he does not completely enter the vagina, then fertilization and conception can occur even without complete penetration. This is rather unlikely, but it is technically possible.

Can you get pregnant while grinding?

Yes, you can get pregnant from grinding if he ejaculates near the vagina and sperm enters the vagina. Similar to intimacy without penetration, grinding is a form of intimacy that involves going through the motions of having sex without complete penetration.

Because grinding often occurs fully dressed, and in underwear, chances are low that the ejaculate and sperm enter the vagina. Getting pregnant while grinding is highly unlikely if you do it with your pants on. The chances of getting pregnant increases when you grind while both are nude.

If both of you are grinding in underwear, there is a low chance that semen could seep through the underwear and gain access to the vaginal canal through clothing. However, if even only one partner does not wear underpants, then pregnancy chances increase.

Read More:
Can Dried Semen Get You Pregnant?