Sign up for the waitlist for our new app, Obie!
Lifestyle » Sex

Foreplay: What's in it For Me? 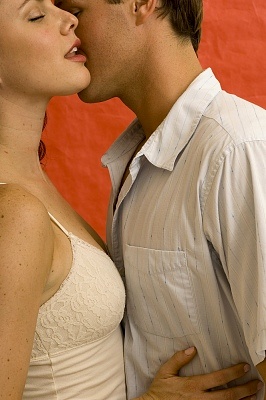 Foreplay is the dreaded word that Hollywood has personified as a feminine activity. With kissing, caressing and talking being the three most common foreplay actions, men are often skeptical about their real worth in terms of great sex. What most men are surprised to find out about is the fact that foreplay is more than just warming up a partner – it is about warming up the body for sexual pleasure.

Men and women think about foreplay in completely different ways. In order to make the most of your sexual experience, there needs to be a common understanding about foreplay and its effect on sexual pleasure. Men typically think of foreplay as the salad before a meal. They will muddle through it, but it is the entrée that brings the most pleasure. Women, on the other hand, are often happy to stick with just the salad and maybe a small entrée after the salad is complete. For great sex, both the salad and entrée should be consumed.

Foreplay is not defined by location. Foreplay can begin as soon as partners wake up in the morning, even though intercourse may not take place til later in the evening or even the next day. Working up to intercourse with subtle hints at pleasure is the key to making great sex a common bedroom event.

How to Work Up to Great Intercourse
The most important rule of foreplay is to focus on your partner and the intimate time spent together. Many men feel anxious during foreplay because they fear losing an erection and facing the inability to regain it. Yes an erection is needed for penetration, but sex is about more than just those final few moments spent reaching climax.

Sex is a mindset that two people share. Her body and your body responding to the lightest touch or a simple caress are far more intimate than penetration. Without this intimacy there can be sex but NEVER great sex.

Losing an erection is not uncommon in all age groups. Foreplay can actually help a man keep an erection longer over time. When a man thinks of great sex, he thinks of penetration. Women, on the other hand, think of the time spent before penetration. When men put off penetration in lieu of foreplay such as touching, kissing and caressing, they then have to control their erection. This control works to train the penis to stay harder longer. So, gentlemen, foreplay may actually help you last longer during physical sex!

Hollywood is to Blame for Bad Sex Woes
Nearly every drama on television, or love story in the theaters, has a sex scene that is all about hot, passionate sex. This is not love making by any means, but men often cannot differentiate the two. Hollywood forgoes the after effects of quick sex between the two partners in order to continue with the storyline. However, the reaction women have to regular "quickies" is not good. Quick sex is okay when there is very little time and a lot of passion to express, but it should not be an every time choice.

Next time you want to have better sex, take your time and slow things down a bit. Even if you fall asleep in each others arms without having formal sex, foreplay has already begun and when that climax comes it will be more passionate, connected and intimate.