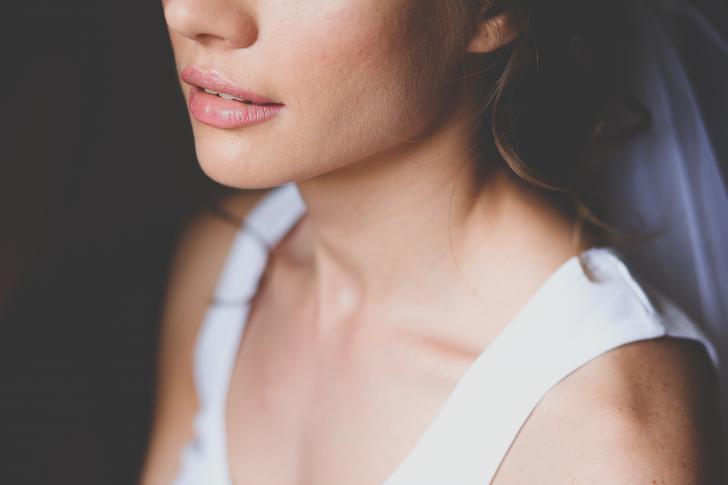 Some pregnant women develop tiny polyps, called skin tags, in areas where skin rubs on clothing or skin rubs together. Commonly found under the arms, between neck folds, or under bra lines on the chest, skin tags are caused by hyperactive growth of a superficial layer of skin.

Skin tags which appear during pregnancy usually disappear a few months following delivery, but can be easily excised if they bother you.

Identification
Skin tags are soft, small polyps that protrude slightly from your skin. They generally have a rounded head and a thinner strip of skin connecting them to your body. They can either be flesh-colored or darker than the rest of your skin, depending on where they are located.

Location
Skin tags are most frequently located in areas where your clothes rub against your skin or your skin rubs against itself.The most common places that skin tags appear include under your arms, between neck folds, under your bra straps and in the genitals.

Causes
During pregnancy, your increased hormone levels cause hyperactive growth of a superficial skin layer. This layer of skin is very easily irritated and pulled loose, which is what causes the skin tags.Most skin tags will disappear on their own either four months after pregnancy or four months after you cease breast-feeding. In rare cases, the skin tags will remain after that time period has passed. However, a visit to your dermatologist will take care of them quickly. Dermatologists have several ways of removing skin tags after your pregnancy, including freezing them with liquid nitrogen and cutting them off with scissors. Topical creams are also available by prescription, and can be used after your pregnancy.