Sign up for the waitlist for our new app, Obie!
News 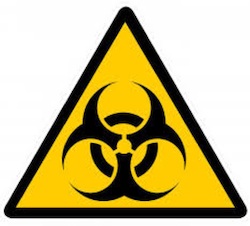 Women who work during pregnancy are at increased risk of coming in contact with toxicants, including solvents. Researchers in France recently published a study on the effects of solvents on childhood behavior by age two in the journal Occupational and Environmental Medicine. The study was conducted using information collected by PELAGIE (Perturbateurs Endocriniens: Etude Longitudinale sur les Anomalies de la Grossesse, l'Infertilite et l'Enfance) – a mother/child cohort.

Participants in the study were followed from the beginning of pregnancy through the second birth of offspring. Various behaviors were documented, including ADHD, opposition, aggression and emotionality.

Researchers believe the connection between solvent exposure during pregnancy and increased risk of ADHD and aggression is strong enough to pose public health risk. Pregnant women need to be educated on the possible side effects of solvent exposure. Moreover, employers need to be made aware of the risk through education and/or changes in public policy pertaining to employment during pregnancy.

Children with diagnosed conditions that could attribute to changes in behavior were excluded. Mothers were asked to answer 15 questions about child behavior for the study.