What is intrauterine insemination?

When is IUI used?

IUI is most commonly used for unexplained infertility but can also be performed in other circumstances such as:

However, IUI is not effective for couples with:

Female age and a reduced ovarian reserve are significant factors with IUI and intrauterine insemination has a lesser chance of working in:

If the sperm count, motility, and morphology scores are low, intrauterine insemination is unlikely to work (see the table with male factor IUI success rates at the bottom of this page). With significant male factor issues, IVF with ICSI is indicated and has a higher success rate for women under age 40.

Insemination is a reasonable initial treatment that should be utilized for a maximum of 3-4 months in women who are ovulating on their own. It is reasonable to try IUI for longer than this in women with polycystic ovaries (PCOS) and those who have trouble ovulating and have been given drugs to ovulate.

How does the IUI procedure take place?

How successful is intrauterine insemination (IUI)?

The success rate of IUI depends on why it's being done, but in general, it's similar to the natural monthly pregnancy rate of 15-20% per month but also depending on the sperm count: 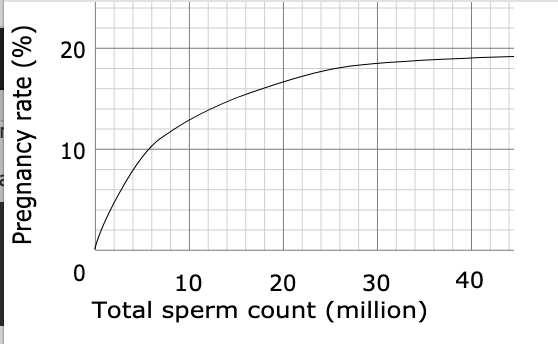 Single IUI is one IUI procedure between 12 to 36 hours before ovulation. There is no consistent agreement as to how many hours are optimal. A double IUI is when there are two IUI procedures, such as one IUI at 36 hours and another IUI at 12 hours before presumed ovulation. Studies have been done to see if double IUI has a higher pregnancy rate.  At the present time, there is insufficient evidence to support the use of double IUI in clinical practice.

Is there pain and intrauterine insemination?

The intrauterine insemination procedure, if done properly, is associated with little or no discomfort. Most clinics let you remain laying down for a few minutes after the procedure, although it has not been shown to improve success rates. The sperm has been put above the vagina and cervix, so it will not leak out when you stand up.