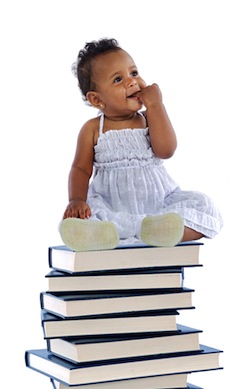 A baby’s first word is a milestone parents remember forever. It takes a lot of work to get a fresh new body coordinated enough to put the muscles, the sounds, the motions, and the thinking together to utter that first memorable word that delights parents so. Medical scientists around the world are busy trying to figure out how speech and language development happens and they are increasingly finding that it’s all about baby talk. They’re finding that baby talk improves a baby’s brain power, even from before birth, so babies can master the skill and tell us all about themselves someday.

Mom and Dad Both Contribute, But Differently

Mark VanDam led a study at Washington State University in Spokane that identified differences in the way mothers and fathers speak to their child. Moms rely on baby talk more often; its exaggerated sounds and facial movements capture the baby’s attention and are thought to be instrumental in showing the baby the motor mechanics of making sounds.

Dads babble less but it’s not because of negligence or lack of interest. It’s thought dad-speak bridges the gap from familiar comforts of family life to the outside world, preparing the baby for conversation in a broader, public world.

Nairán Ramirez-Esparza led a study of vocabulary from the University of Connecticut. He and colleagues at the University of Washington recorded 30-second conversations between 26 babies and their parents during a typical day. They analyzed more than 4,000 conversation snippets to quantify parent-child verbal interactions and then returned two years later to assess the toddlers’ vocabularies.

Linda Polka, of McGill University in Montreal, Quebec, Canada, and her research team devised a method to see if babies interacted differently when they heard baby talk from an adult woman or from another child. They broke up audio recordings into isolated sounds and monitored the child’s reaction as each sound was played. The audio-only recording eliminated any facial expressions or movements that might influence the baby’s attention.

The researchers discovered the recordings of infant-made sounds held the listening baby’s attention approximately 40% longer than the same sound made by the adult woman. The listening babies also smiled and moved their lips more when the other baby was “speaking” to them.

Researchers at the RIKEN Brain Science Institute in Tokyo, Japan, spent five years analyzing speech data collected from Japanese mothers living in Tokyo and Paris, France. Each mother was recorded over an 18-to-24-month period speaking to her baby and to an adult research assistant. They found the mothers articulated their words more clearly when speaking to the adult but a little bit of garbled speech didn’t bother the babies at all, a finding that one researcher considers quite remarkable.

At the University of Washington’s Institute for Learning and Brain Sciences, Patricia Kuhl and her research team fitted 57 babies with brain-activation scanners that looked a bit like old-fashioned bonnet-style hair dryers. They then let the babies listen to a short string of syllables in the baby’s native language (English) and then in Spanish. Some of the babies were seven months old when scanned; the others were about 11.5 months.

The older babies exhibited greater brain activity when listening to the foreign language. The researchers speculate that by this age, the baby’s brain has become familiar with its native language and is working a bit harder to pick up on the foreign words.