Follow us on Instagram
Our app takes the guesswork out of getting pregnant. Get Obie for iOS Now!
Blog » Postpartum: Blogs

Once upon a time... there was a very judgmental birth doula. She thought unmedicated birth, breastfeeding and attachment parenting were the best choices... the choices that would yield a more bonded, more secure, super-duper healthy, non-obese child. She was so proud of her choices on the outside... too proud. There were times when that doula made sure that everyone knew that breast was not only best, but it was the only way to feed a child... with a few extremely rare exceptions (so she thought). 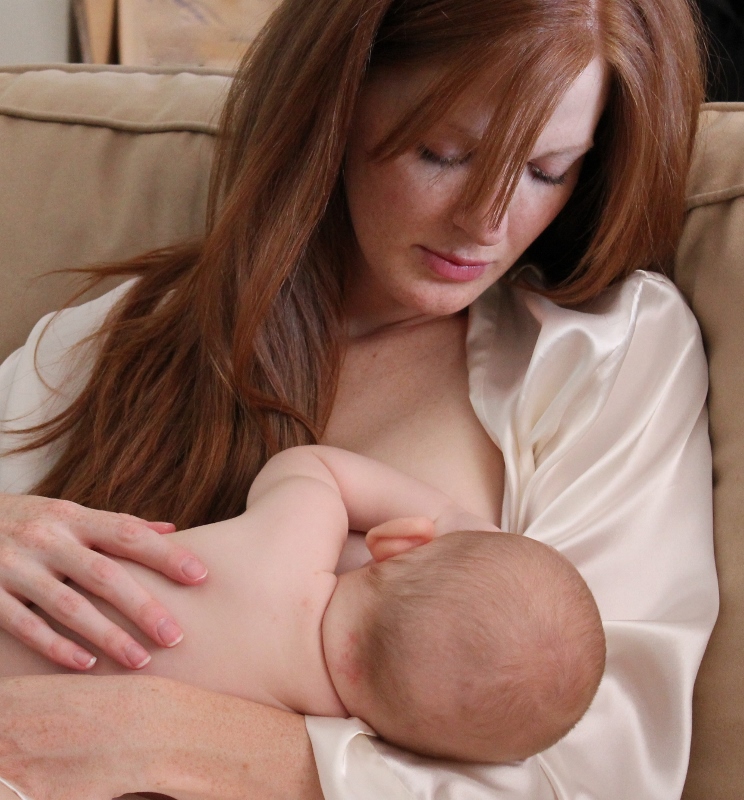 She made comments here and there... either painting her out to be a martyr or making jokes about her frustrations.

But she was afraid to tell anyone how she was really feeling. Because what if it scared someone away from breastfeeding? What if she hurt the reputation of breastfeeding? Several of her closest friends weren't moms yet and she definitely didn't want them to be scared away from nursing their future babies because of something she might say. So... she kept up with the show. On the outside, it was easy-peasy breastfeeding. On the inside, it was not the same.

Note to readers: this doula = me, as I’m sure you’ve guessed.

My insecurities and frustrations came out in a different way, of course: with a high-and-mighty sanctimonious attitude that would make you want to spit in my Pumpkin Spice Latte. Judgy McJudgerson was my name, judging bottle-feeding mamas was my game. (Sorry. I can't help myself. I know that rhyme is lame). If you weren’t doing it like me then my insecurities told me that you were doing it wrong. For after all, if breastfeeding was right (which it was in my eyes), then anything else was wrong.

I’ve wised up a bit since then.

If there is a “right and wrong” in the world of breastfeeding, it definitely isn't applied in that context. What is not wrong is a mother who chooses to nurture and feed her child with something other than her breasts. What was wrong was my judgmental attitude. I had fallen for all that is promoted by “lactivists.” I was terrified of giving even a drop of formula to my babies. I thought I knew so much and yet was completely terrified of what was “unknown” to me – because I had fallen for the fear-mongering yet again.

For the most part, I enjoyed breastfeeding. I had some obstacles but I’m fortunate enough that I was able to get the help I needed: we have health insurance and lactation consultants were covered and available through our hospital. Without their help, I’m not sure I would have made it through the first week with my first (very jaundiced, abnormally sleepy, inefficiently sucking) baby. Not everyone has access to the help I was given, though.

When I see a woman holding a bottle that her baby is happily guzzling down, my first reaction now is not to judge. I have no idea what her journey has been like. Perhaps she bottle feeds because there is a physical problem that makes breastfeeding not an option? Perhaps she desperately wanted to breastfeed but didn't have the money or resources to get through certain obstacles? Perhaps she needs to be on certain medications that aren't compatible with breastfeeding? Hey, maybe she just doesn’t want to breastfeed - it's as much a woman's choice to breastfeed as it is her choice to decide where to give birth and with whom. Her body, her baby, her choice, right?

We have enough to deal with as moms. I don’t need to add to the "mommy wars" by judging others for their feeding choices. I need the support from other moms just as much as I need to give the support.