My First Encounter With the Red Devil (Adriamycin) 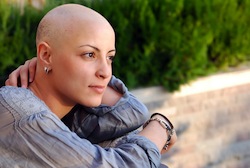 I didn’t choose breast cancer…it chose me. Now, it was time to fight it. Just 8 days after officially being diagnosed with breast cancer, I received my first dose of chemotherapy. It was a Tuesday. The chemotherapy medication I received was Adriamycin. They also call it the ‘Red Devil’.  My first treatment took five and a half hours. I had to receive a large bag of saline fluids first, followed by supplemental medications to prevent negative reactions to the chemotherapy. These included Aloxi, Decadron, and Emend. All three were to prevent nausea and vomiting. The first treatment of chemotherapy and medications are given very slowly to watch for negative reactions like allergies. I would receive four doses of Adriamycin over the next twelve weeks. The Adriamycin was administered slowly via my IV port from two huge syringes…and by huge, I mean these things were about six inches long and an inch and a half in diameter. After the second syringe, I had to receive a second large bag of saline fluids to flush the medication into my system.

On the day after each treatment, I had to go in for a Neulasta injection that boosted the production of white blood cells within my bones. The Neulasta caused my bones and muscles to ache a lot. Then, on Thursday, I had to return for blood work and to see the doctor to check my reaction to the medication. Fortunately, I did not have any severe reactions to the first dose of chemotherapy. I had no vomiting, but was really nauseous, which meant a round of IV anti-nausea meds and fluids after my doctor’s visit. I didn’t start getting too weak yet, and the Friday of that week I was able to go to work as normal and work a full day.

That weekend was mostly spent relaxing and resting. I was very tired and in pain – but the fatigue was the worst part of it. I was able to push through the sick feeling to go to church, but that was my only outing of the weekend. I was on Zofran and Reglan orally several times a day to control nausea, as well as an anti-anxiety medication that had nausea calming effects.

I was fortunate with my first round of treatment. I only lost a little bit of my strength, and my hair didn’t fall out…yet. My treatment was on the 19th, and I was still able to take an out of town trip to New Orleans the weekend before Halloween that we had scheduled before we found out I was sick. The trip was great, although I didn’t have the energy to walk the city like I really wanted to. My friend was surprised that I didn’t wear my wig. I had decided I was going to take my hair before cancer could and went and had it cut close to my head so it was very, very short! I did decide to wear the wig to the event we had traveled to attend. It was a black tie affair, and we had a great time with friends. It would be the last event I would have the energy to really enjoy for a very long time, and I wasn’t at 100% to enjoy it, either. We only told a few of our closest friends what was going on. Everyone else just thought I had changed my hair again.

Keyword Tags:
breast cancer
chemotherapy
Previous: Effective Vaccine for Baby Produced by Your Own Breasts
Next: Pregnancy after Miscarriage