3 Reasons I Would Never Use a Midwife Again

I started my prenatal care with a midwife for my first two pregnancies. After the trials and tribulations associated with my care, I never stepped foot back into the office again after my second child was delivered. The care I received via the midwife was less than stellar, but that doesn’t mean all midwives are the same. It is not the quality of personal care that prevented me from scheduling my third prenatal care needs with the midwife – it was the lack of medical knowledge and resources compared to an obstetrician. 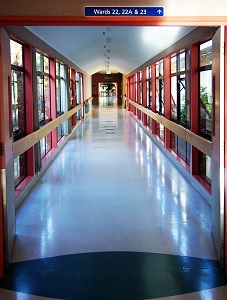 After my first pregnancy ended weeks early after an ultrasound scare, I was placed in the high-risk category. The midwife could not perform ultrasounds in office and due to complications with the hospital ultrasound team the first time around, I was required to visit the obstetrician who delivered my first child via C-section for weekly ultrasounds. The Ob-Gyn could do the ultrasounds in office, but the midwife was not trained or certified to give such care.

When I stopped feeling the baby move about 32 weeks into my second pregnancy I rushed to the hospital. The midwife never showed up because she could not give the care I needed for this emergency situation. The obstetrician on-call suggested orange juice and VOILA – the baby started kicking up a storm.

After the delivery of my second child via C-section, the obstetrician took the time to counsel me on what would likely happen in future pregnancies. Due to the size of my previous two infants and the fact that I delivered via C-section both times, I would not likely ever be able to birth vaginally. This meant a C-section would have to be planned if there were any subsequent pregnancies due to the impact of the previous surgeries on the uterus. The midwife assured me I could give birth vaginally the third time around no matter what the result of the first two pregnancies. When I became pregnant with twins a few years later, I chose the obstetrician because twins are much harder to take care of in utero than a singlet.

Keyword Tags:
prenatal care
Midwife
Previous: How is a singlet pregnancy different from a twin pregnancy?
Next: Can a home pregnancy test tell me how far along I am?