Having your first child when you’re over the age of 35 is becoming more common every day. Some women focus on career and travel before attempting to start a family and others put fertility issues on the backburner until they are ready to settle down and use assisted reproductive technology to conceive. A recent study published in BMC Pregnancy Childbirth reveals older women go into a pregnancy with confidence, but when things go wrong the first blame they place in on their age. 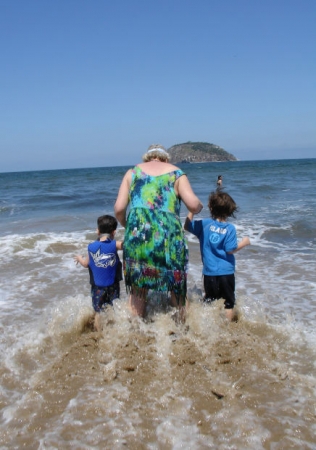 Researchers followed 15 women over that age of 35. None of the women hadmothered a child in the past. Reasons for waiting to start a family varied, but most admitted waiting for career or lifestyle reasons. There was some infertility issues among the women, but all managed to become pregnant.

Women were interviewed on various topics and most felt they understood the overall risks of pregnancy associated with age. Women claimed family members and friends who birthed later in life served as role models for how pregnancy would happen. Others claimed they felt personal health and lifestyle habits were optimal at the time of pregnancy so they didn’t worry about potential negative complications. There was a common feeling of readiness among most of the women – as if being older prepared them emotionally for pregnancy and motherhood.

Perceived pregnancy risk varied among the women based on personal knowledge, life experiences, personal health and knowledge about potential risks associated with advanced maternal age. Many of the women attempted to educate themselves on pregnancy risk prior to pregnancy, but chose to pull back from that education after becoming pregnant to reduce anxiety. Researchers found a strong connection between perceived control and perceived risk. Women who felt in control of health and life tended to perceive themselves as being lower risk. Loss of control correlated with increased perceived risk. Information presented by doctors in terms of advanced maternal age and risk affected overall risk perception.