Do Teen Girls Know How to Effectively Use Condoms?

In last night’s State of the Union Address, President Obama claimed we needed to address the subject of teen pregnancy and reduce teen pregnancy rates. Current data suggests a significant drop in teen pregnancy, but pregnancy is not the only issue facing teens today. Teens that have sex are increasing their risk of contracting sexually transmitted disease (STD) and few teens understand how to use the most effective barrier – condoms. This is especially true of teen girls.

Based on a 2006 study published in BMJs journal Sexually Transmitted Infections, 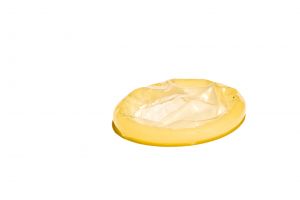 teen girls have little idea how to use a condom and most use it for protection against pregnancy, not against STDs. As a matter of fact, the study revealed teen girls most often used condoms to prevent pregnancy, mess or to prolong sex – no mention of STDs.

What’s even more concerning is that 6% of the girls in the study said they used a condom after initial penetration or continued to have intercourse (including penetration) after the condom was removed. Pre-cum and residual ejaculate contain more than enough sperm to cause pregnancy. Moreover, HIV can be contracted during these times, as well.

The Answer to Reducing Teen Pregnancy and Risk of STDs
One of the best answers to reducing teen pregnancy rates and the risk of teens contracting STDs is to talk about sex openly. I’ve made it a point to talk frankly about sex with all of my children from the time they were old enough to wonder. I never gave silly names to any human body parts and the topic of sex has always been addressed with the same resilience and calmness as math or science. Sex is a part of life and if I answer all of their questions openly and honestly sex is less of a forbidden fruit they want to try.

Teen girls and boys don’t know how to use condoms because they’ve never been taught, honestly, about sex. Take out the banana and show teen girls how to apply a condom. Talk about the risk of pregnancy, STDs and other factors, including the mental issues associated with having sex, in a frank and open manner. Today, I have two girls in their teens and there is no giggly or fright when it comes to sex questions. They ask, I answer and we are all more educated for it.

Keyword Tags:
condom
sexually transmitted diseases
teenage pregnancy
teenagers
Previous: Getting There is Half the Battle of Labor
Next: New Study Shows Direct Link Between Folic Acid and Autism