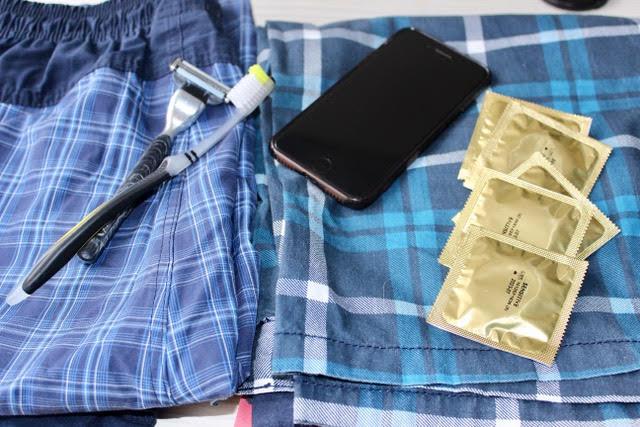 What is a male condom?

A male condom a contraceptive device made out of a thin sheath that covers the penis during intercourse. The condom is rolled over the erect penis to prevent direct contact between the penis and the vagina. Male condoms can vary greatly in color, size, and amount of lubrication and spermicide. They protect against infection and pregnancy by collecting the semen and preventing it from entering the vagina. The condom must be removed before the erection ends or the sperm can leak out. Use the condom once only, then throw it in the garbage. Do not flush it down the toilet.

What is a male condom made of?

A male condom is usually made of one of the following materials:

How effective is a male condom in protecting against pregnancy and STDs?

A male condom, if used correctly significantly decreases the likelihood of pregnancy. Using spermicide in addition to the condom improves pregnancy prevention. For best protection, use the condom before any sperm — or pre-ejaculate — comes in contact with the vagina.

Under typical use, a male condom can prevent a pregnancy 85% of the time, and with perfect use over 95% of pregnancies are prevented.

One disadvantage is that some people are allergic to latex. Polyurethane condoms can be used as an alternative. Some individuals argue that condoms reduce sensitivity and pleasure during intercourse. Some people dislike interrupting sex to put it on. Condoms may break if they are put on incorrectly.