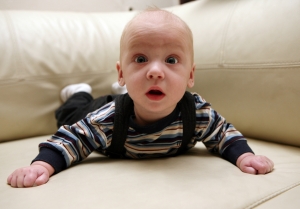 The Tiny and the Grand
At one end of the spectrum you have the tiniest fetuses – those that weigh less than 99% of all other fetuses of the same gestational age in weeks. These infants are considered extremely small for gestational age. Extremely small for gestational age infants make up about 6% of stillbirths. This was not a huge surprise as fetuses at the bottom 10% account for nearly 20% of all stillbirths – so tiny fetuses are naturally more likely to be at higher risk.

The largest fetuses are also at risk and this was a bit surprising for me. If the fetus weighs more than 99% of other fetuses of the same gestational age, the risk of stillbirth increases again. Larger infants are becoming more common, so that could mean either a change in the top 1% weight statistic or an increased number of stillbirths.

The researchers studied more than 750,000 birth records. Of those – nearly 5,000 pregnancies were lost due to stillbirth. There was so much information reviewed during the study that researchers were able to pull statistics and risk factors for various situations.

There is a lot of information available for new mothers about how to avoid situations that may increase the risk of Sudden Infant Death Syndrome, but that only pertains to infants after birth. Stillbirth is the death of the fetus after 23 weeks gestation though some experts believe that definition should be changed to 20 weeks. Preventing unnecessary death of the fully formed fetus is just as important as any other precaution a parent can take after a live birth. With the help of studies like this one published in the Journal of Perinatology, researchers hope to give obstetricians the fuel to push stillbirth education and decrease the risk of stillbirth by monitoring fetal weight and size.

Source: The study was published in the Journal of Perinatology in June 2012.