Caffeine is the most used drug in the world. From the start of our days with triple espresso lattes to the end of our nights with caffeinated iced tea, soda and energy drinks, we constantly consume caffeine – sometimes in alarming amounts. The body gets used to caffeine in a relatively short period of time and starts expecting the same amount every day. When we don’t give the body enough caffeine, withdrawal symptoms start and that’s when things get painful – but what happens if you’re 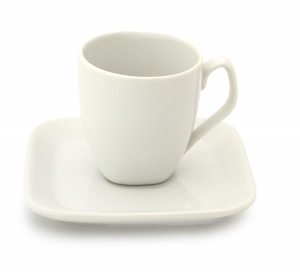 addicted to caffeine and you find out you’re pregnant?

How Much Caffeine is Safe?
According to the American Pregnancy Association, you can consume between 150 and 300 mg of caffeine per day safely, but you may be surprised by just how much caffeine is found in your favorite drinks and foods. One grande coffee from Starbucks has about 400 mg of caffeine – that’s 100 mg more than you should consume in the entire day.

Sodas contain about 40 to 50 mg of caffeine per can, on average. Some contain less and others contain more – but with that grande cup of coffee under your belt any more caffeine is too much.

How to Quit the Caffeine During Pregnancy
The best option is to stop drinking caffeine during pregnancy, but that’s easier said than done. Instead of stopping all caffeine intake at one time, often referred to as going cold turkey, gradually decrease the amount of caffeine you consume until you stop all together or bring your intake within healthy limits. Coffee is how most people start the day, so order that grande as a “half caf” instead of a fully caffeinated cup. That reduces the caffeine amount by 50%. Decrease caffeine intake even more by replacing every other soda with a caffeine-free variety.

Is Caffeine Dangerous for Baby?
There are reports on both sides of the caffeine safety debate. The American Pregnancy Association states there are potential side effects associated with caffeine intake during pregnancy, which is enough for most women to think seriously about skipping the coffee and taking the caffeine headaches for a few days.

If you need help quitting your caffeine addiction, ask your obstetrician or family doctor for suggestions. There is bound to be a few days when you feel tired and have a terrible headache, but those days will pass and you’ll be reducing the potential risk of birth defects.

Keyword Tags:
caffeine
pregnancy safety
Previous: The Truth About Synthetic Baby Clothes
Next: There is Such a Thing as Too Clean