How Old is Too Old to Conceive?

This question is more a moral one than a physical one. Women can conceive well into their 40s if eggs are still maturing and releasing. There are even women who’ve chosen to conceive into their 60s with the help of donor eggs, according to a report in the Journal of the American Medical Association. While the risk of complications like gestational diabetes and preeclampsia are higher in older women, all other pregnancy statistics are relatively the same. 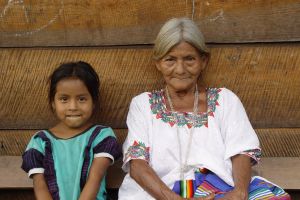 The Moral Facts
Moral issues are something of a grey line in terms of advanced maternal age. Women in Hollywood often choose to wait until they are in their 40s to start having children. The rate of IVF and other fertility treatments are extremely high among celebrities for this reason, but the pregnancies happen and fetuses are born healthy and strong. Men often father children into their 60s and 70s, but women don’t have that option physically and morally there are societal issues with the practice. Despite the physical ability to conceive, there is a moral wall in the way for some women who may consider risk factors and raising children at an advanced age as two reasons to stop having children earlier in life.

Medically there are options for women who want to mother at an advanced maternal age, but our society is extremely rooted in morals and perceived values. Older fathers are still more accepted than older mothers.