All four of my children were born via C-section. The first and second times around the babies were too large to fit through the birth canal and by the third pregnancy (with twins) the risk of pushing two babies through the birth canal with an overly stretched uterus that'd been sliced through twice was too great. While having four children constitutes having a large family there are couples who have even more children. According to BJOG, women who have five or more C-sections are at increased risk of birth complications - some life-threatening. 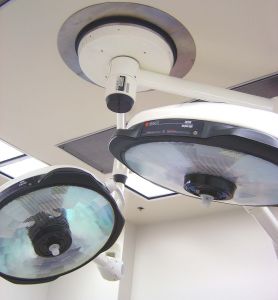 Risks of Having Multiple C-Section Births
While I thought having three C-sections was dangerous enough there are women who have more. For the sake of this study researchers defined multiple C-sections as five or more. The study included 94 women on their 5th or greater C-section and a group of 174 women who did not fall into that category as the control.

Does the Increased Risk Affect all Women Who Birth Five or More Children?
The simple answer to that is no. The study focused on women who birthed five or more children by C-section, but that doesn't mean if you have six children and two are by C-section you'll be in the same risk group. Study authors admit that few women actually have that many C-sections.

There are times when the purpose of a research study is unclear. In this case, there are so few women who have multiple C-sections that it'd seem silly to spend money researching the risks, but studies like this one are all about education and prevention. Both women and doctors need to be privy to up to date information on C-section risk factors no matter how small the study group. Researchers do not, however, that a larger study would be needed for support before any current care guidelines changes could be proposed.

Keyword Tags:
Cesarean Section
complications
Previous: During Birth, Your Baby Could Get Nerve Damage
Next: Adriamycin Round Two