Should you stop smoking cold turkey during pregnancy?

There are lots of smoking cessation aids out there today, including gums, supplements and prescription medications. One of the most popular choices for women who want to stop smoking is the nicotine patch. Nicotine is the addictive part of cigarette smoke – that pull that causes you to feel like you need to smoke, even during pregnancy when you know you shouldn’t be lighting up. But, nicotine patches are not a viable alternative to smoking for pregnancy women, according to one study. 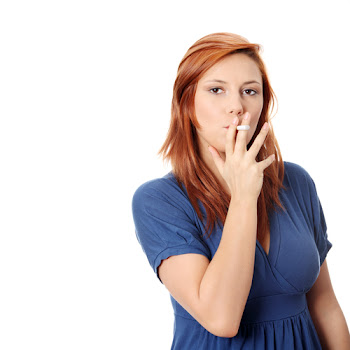 More than 1,000 women participated in the study. After the first month of using the patch, nearly 22-percent of women had not gone back to smoking in the nicotine patch group, but that number faded dramatically by the end of the pregnancy when less than 10-percent of pregnant women had stopped smoking.

So what is out there to help pregnant women stop smoking if they can’t use nicotine patches? The risk of miscarriage, stillbirth and reduced infant body weight are too high to keep smoking during pregnancy, so pregnant women need to stop smoking cold turkey. Seek support from smoking cessation groups, your obstetrician and friends and family members who’ve stopped smoking.

Researchers also suggest gauging your addiction level based on the time between when you wake-up and when you have your first cigarette. The average time is 15 minutes. A shorter time could mean you are more addicted to nicotine. More time could mean you are less addicted to nicotine. If you have no problem waiting 30 to 45 minutes after waking before having your first smoke – nicotine patches may provide enough support to help you stop smoking. If you wait less than 15 minutes, talk with your obstetrician about using a stronger nicotine patch or other nicotine delivery system to stop cravings during pregnancy.