The Still of a Beating Heart

There is nothing worse than delivering the news to a pregnant woman that her fetus has no heartbeat. Stillbirth is one of the complications of pregnancy that receives very little attention, but that may soon change. Recently researchers have made it a point to look into the possible causes of stillbirth to better understand the condition and possibly come up with strategies and treatments to reduce the risks. 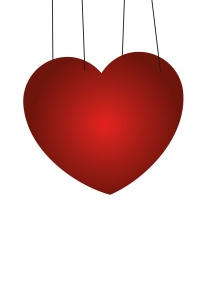 What is a stillbirth pregnancy?
Some research reports I’ve read define stillbirth as the death of the fetus on or after the 23rd week of gestation, but others push that mark back to as early as the 14th week of gestation. Depending on how you define life – stillbirth can fall anywhere from conception to birth – if the fetus is stillborn. Stillbirth is medically defined when the heart of the fetus stops – often for no explicable reason.

The heart is the center of all stillbirths.
The beating heart – it is what defines life and death. Around the 10th week of pregnancy, the beating heart can be located on the fetus, in some cases. This is often a time of joy and surprise as parents awe at the sound of the living – soon to be breathing – fetus. According to researchers, it is that breath of life – that beating heart that could be one of the causes of stillbirth.

According to a group of geneticists, a heart condition could be to blame for some stillbirths. The specific heart condition is called cardiac channelopathies. These conditions affect how the heart beats – the basic rhythm of the heart. Researchers and doctors already know that up to 15% of all cases of Sudden Infant Death Syndrome are caused by genetic problems. There are some experts who think the same genetic problems that cause an increased risk of SIDS could cause increased risk of stillbirth.

Source: The study was reported at the European Society of Human Genetics.