Follow us on Instagram
Our app takes the guesswork out of getting pregnant. Get Obie for iOS Now!
Other » Myths » Pregnancy Myths

Can I Get Pregnant Myths and Presumptions 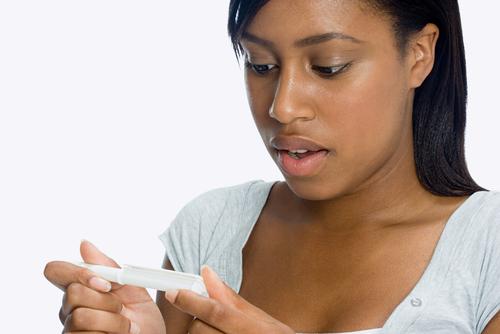 At What Age Can I Get Pregnant?
For the first 10 years or so of life, the female body is preparing for puberty. After puberty, eggs are released typically every month which means the eggs can be fertilized and pregnancy can occur. Women are born with a set number of eggs. As women age the egg supply literally runs out and menopause occurs. After menopause there is little chance of getting pregnant.

Myth: I have not had my first period so I can’t get pregnant.
Truth: The release of the first egg does not always happen at the same time as the first period. Pregnancy can occur without a period or menstrual cycle.

Medical Conditions: Can I Get Pregnant?
There is an infinite list of medical conditions and medical treatments that leave women wondering, can I get pregnant? Here is a list of a few conditions and treatment that may affect fertility and conception.

Premature Menopause: Some women run out of eggs early in life. If the egg supply runs out the body will move into premature menopause. When menopause occurs, reproductive hormones cease to produce and circulate in the body. There is a possibility a woman approaching premature menopause could conceive with a donor egg and close medical supervision.

Menopause: After menopause pregnancy is not possible. There are cases of women conceiving as late as their 60s, but these cases are rare. Most women are in full menopause by the age of 55 with no reproductive hormones or eggs needed for pregnancy.

Hysterectomy: There are several different types of hysterectomy and not all mean giving up the ability to have children. If the ovaries are left in place during the hysterectomy, but the uterus is removed, women can mother a child with a surrogate using her own eggs and the sperm of her partner. If one ovary was removed but the uterus is intact, pregnancy can naturally occur. If both ovaries and the uterus were removed, the answer to can I get pregnant is no.

Tubal ligation: A tubal ligation interrups the flow between the ovary and the uterus. If you had a tubal ligation, then there is barely a chance that you get pregnant without additional procedures like IVF or surgery.