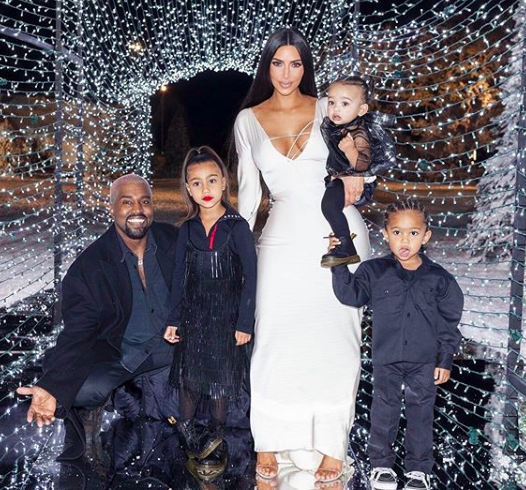 Update 5/10/2019: It's been a huge week for celebrities babies and baby boys in particular! Amy Schumer and husband Chris Fischer welcomed a baby boy on Monday, Meghan Markle and Prince Harry welcomed their son, Archibald on Tuesday and today, Kim Kardashian just announced via Twitter that her son was just born:

"He’s here and he’s perfect! He’s also Chicago’s twin lol I’m sure he will change a lot but now he looks just like her."

The new baby is named Psalm West, and Kim shared a pic of him on Instagram: 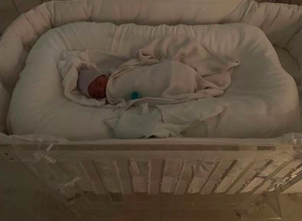 Kim Kardashian and Kanye West announced that they are expecting another baby to add to their growing brood. Kim is using a surrogate, though reportedly not the same surrogate as last time when daughter Chicago West was born in January 2018. The couple are also parents to 5-year-old North West and 3-year-old Saint West.

It’s been no secret that Kim has had difficult pregnancies. During her first pregnancy, Kim was diagnosed with preeclampsia and had to deliver early at 34 weeks. Preeclampsia is a life-threatening medical condition that can happen in about 10% of women usually during the second half of pregnancy and postpartum. The major signs of preeclampsia are high blood pressure and protein in the urine.

Women with preeclampsia can develop headaches and seizures, at which point preeclampsia becomes eclampsia. Both preeclampsia and eclampsia can threaten the baby's and mother's life and potentially injure many organs such as the brain, heart, kidneys, and liver. The treatment is usually to deliver the baby. Most women get well as soon as the baby is born.

After delivery, Kim was diagnosed with placenta accreta and needed surgery to remove the placenta and scar tissue. She was advised not to get pregnant again after her second child was born.  Placenta accreta is life-threatening and requires expert surgical and medical care. In this condition, the placenta attaches to the uterine wall, but does not attach deeply enough to affect the uterine muscle, and can result in premature birth and complications associated with a premature birth could easily arise.

Kim and Kanye’s baby number 4 is a boy and set to make his entrance in early May.