It's a Boy! Meghan Markle and Prince Harry Welcome a Son 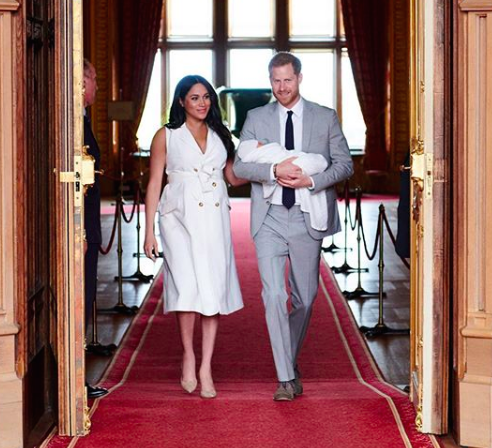 Let's hear it for the boy!

Update 5/6/2019: The day we’ve all been waiting for has finally arrived…Meghan Markle has given birth to a healthy baby boy!

After following her pregnancy very closely, we’re excited to announce that the royal baby was born on May 6th at 5:26 A.M., weighing 7 pounds 3 ounces. The happy couple has yet to decide on a name, however, Prince Harry reassured that this will likely be announced in two day’s time.

As for mom and baby, he notes they are both doing “incredibly well”. The new dad even gushes over his wife in particular, expressing, “How any woman does what they do is beyond comprehension”. An adorable moment of motherhood appreciation for sure!

The official @sussexroyal Instagram chimes in as well, sharing: “The couple thanks members of the public for their shared excitement and support during this very special time in their lives”.

It's been all smiles and giggles for Meghan and Harry. "I've got the two best guys in the world", says new mom, Meghan. On Wednesday, May 8th the royal baby met the Queen and soon after his name was announced: Archie Harrison Mountbatten-Windsor. 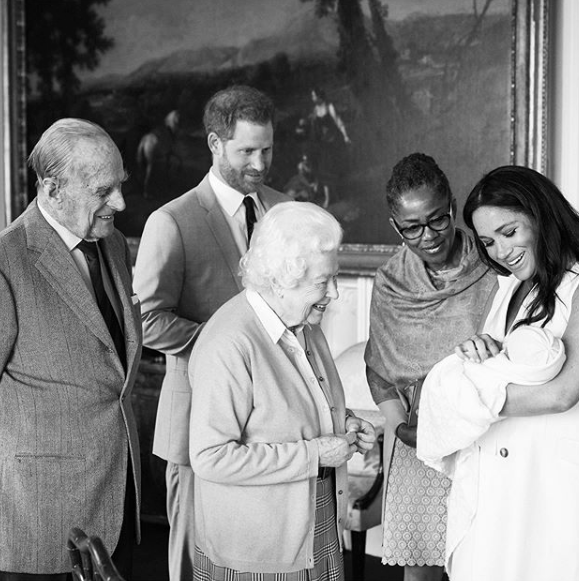 Welcome to the world, Archie!

Update 2/19/2019: With just two months left to go, Meghan is in New York City for some rest and relaxation after a grueling traveling schedule, and reports say that she will have a baby shower today on the Upper East Side with a very exclusive guest list of just 15, including Oprah Winfrey, Amal Clooney, Priyanka Chopra, Serena Williams, Jessica Mulroney, Abigail Spencer. A second baby shower is set for a later date in London.

New royal baby on the way!

The world was elated in October 2018 when news broke that Duchess Meghan and Prince Harry are expecting their firstborn this spring. This will be the first baby for both Meghan and Harry. The couple wed back in May 2018. There is speculation that Meghan is currently six months pregnant right now, which would make her due date somewhere in March or April.