On April 30th, 2011, Mariah Carey and Nick Cannon celebrated their third wedding anniversary and gave birth to twins, Morrocan and Monroe. The couple faced both fertility and pregnancy challenges, from miscarriage to gestational diabetes, amongst other pregnancy complications. Six months after their children were born, Carey and Cannon sat down with Barbara Walters and shared their story (and the twins!) for the first time. 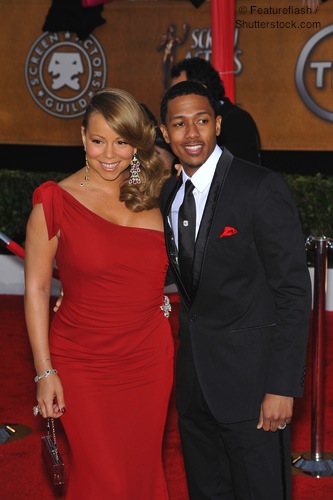 Mariah Carey shared the same pregnancy challenges that so many women have faced. After suffering a heartbreaking miscarriage, Carey underwent various fertility treatments and changed her lifestyle in order to become pregnant again. She used acupuncture to help her relax and as she told Barbara Walters, became “more zen like.” In addition to alternative techniques, Mariah stated that the main form of treatment she underwent was progesterone supplements until she reached the ten-week mark of her pregnancy, which Carey said “minimizes the risk of miscarriage by 50%.” The treatments worked, and at age 40 she became pregnant with the twins in what was considered a high-risk pregnancy.

Carey told Barbara Walters about her challenges, stating: “I don’t think I understood the enormity and the magnitude of what it really does to your body…It’s not just ‘oh you don’t look pretty and you have a bump’…It’s difficult to understand what I went through because my pregnancy was very unique in terms of what happened to me.” Mariah tried her hardest to keep the babies in as long as possible, but when she reached 35 weeks the doctor said it wasn’t safe anymore. Carey had gestational diabetes and the risk of seizures from preeclampsia. The twins were born by cesarean section.

When asked about the nude pregnancy photos that Carey and Cannon took during her third trimester, Mariah spoke about the pleasure of having her hair and makeup done at a time when she felt her absolute worst. “I was so miserable,” she said. “I hate to say it because I am so blessed and I’m so thankful – because people will watch this and be like ‘Oh Mariah Carey, complaining about her pregnancy’ – and I don’t want to do that.” Carey suffered major back problems to the point of fearing she would never “be able to walk properly again,” and could not go to the bathroom without assistance.

Despite the challenges, the couple is now loving parenthood and sharing their joy with the world. Carey recently told Access Hollywood, however, that they are not planning on trying for more children. “If God chooses to do that to me, then that would happen; other than that I don’t think we would try for that ever again. I really don’t know if I can make it through after what I went through, it was really tough.” Carey continued, “I just want people to be prepared that it can happen where you go through a rough time when you’re pregnant.”  Thanks for sharing your inspirational story, Mariah, and we’re so glad to see your wonderful rewards for all of your pregnancy hardships.