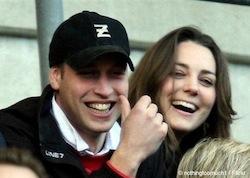 The world is on the edge of the proverbial seat awaiting the birth of the royal baby. Prince William's wife Kate will be giving birth in just a few weeks, though few details about the royal birth plan have been released. The pieces of the birth puzzle that have been revealed, however, are both interesting and ground-breaking.

Will hypnotherapy play a role in the royal birth?

When Kate Middleton suffered extreme morning sickness, known as hyperemesis gravidarum, sources revealed she used hypnotherapy to reduce stress and eliminate nausea and vomiting. Rumors suggest the hypnotherapy worked so well she is considering using the same techniques to ward off pain during labor.

Hypnotherapy experts claim there is a huge gap between how the public perceives the process and how hypnotherapy actually works. Hypnotherapy involves calming phrases and positioning to reduce tension. Tension can cause stress and stress leads to increased pain. If the laboring mother can pull her mind away from the stresses of labor she can control the pain much more effectively. There is also a strong connection between father and mother when hypnotherapy is used in labor. The father plays the role of encourager with constant reminders of safe and serene images to help reduce stress. The role Prince William will play in the birth of his child leads to the ground-breaking moment in royal history.

It appears that the royal family has been much too busy in past cases to attend the births of their children. Prince Edward was nowhere near the labor room when Queen Elizabeth gave birth to Prince William’s father Prince Charles. It was later reported that he was playing squash. The apple did not fall far from the tree; years later Prince Charles was at a polo match when Princess Diana gave birth to father-to-be Prince William.

Where will the birth take place?

There are a few locations where royal family experts believe the royal couple could give birth, including St. Mary’s Hospital and Portland Hospital. There are also rumors that the baby could be born in Wales if Prince William is working when labor begins. Prince William works as a rescue pilot for the Royal Air Force.

The hottest topic in England