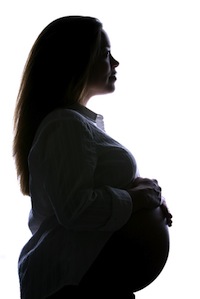 According to the March of Dimes, nearly 4 percent of the pregnant women in the United States use illicit drugs. Using illegal substances such as marijuana, cocaine, Ecstasy, or heroin can have serious health consequences for pregnant women and their babies.

According to statistics published by the National Abandoned Infants Assistance Resource Center at the University of California, Berkeley, about 4.6 percent of women report marijuana use in the first trimester and 1.4 percent of women report using this illicit substance in the last trimester of pregnancy. About one-third of the active ingredient in marijuana, THC, in the mother’s body crosses the placental barrier and reaches the unborn baby. A mother who uses marijuana also secretes THC in her breast milk. There is currently a lot of discussion about the potential harm THC exposure has on an unborn baby; many suspect exposure to marijuana causes disruptions in nervous system function that results in poor sleep patterns, hyperactivity and impulsivity in a child.

Ecstasy, Meth and Other Amphetamines

Amphetamine use during pregnancy may cause complications such as premature birth and placenta problems. Babies born to mothers who took Ecstasy, methamphetamine, or other amphetamines have an increased risk for slow growth before birth, low birth weight, small head circumference, and heart problems; female babies may be born with the skeletal defect, clubfoot.

Using heroin or other opioids during pregnancy may cause pregnancy complications and birth defects, such as poor fetal growth, premature rupture of the water bag, premature birth, and stillbirth. About half of all babies born to mothers who used heroin during pregnancy have low birth weight. Many of these babies suffer withdrawal symptoms and breathing problems in the first few days of life; some struggle with lifelong disabilities.

Used early in pregnancy, cocaine increases the risk for miscarriage. When used late in pregnancy, this drug can cause preterm labor and poor fetal growth. Exposure to cocaine during pregnancy may cause the baby to have a small head and learning disabilities. Other complications include birth defects and placental problems.

Prolonged drug abuse decreases female fertility and increases the risk for complications during pregnancy. Heroin or cocaine use disrupts the menstrual cycle and suppresses the immune system. Marijuana use can cause ovulation problems.

Not only does substance abuse affect a woman’s ability to conceive and safety during pregnancy, it can decrease male fertility. Cocaine or marijuana use can decrease sperm count and disrupt a man’s immune system.

Individuals who are trying to get pregnant should talk with a healthcare professional to learn more about how drug abuse can affect fertility and birth outcomes.