Follow us on Instagram
Our app takes the guesswork out of getting pregnant. Get Obie for iOS Now!
Lifestyle » Sports, Travel, and Leisure 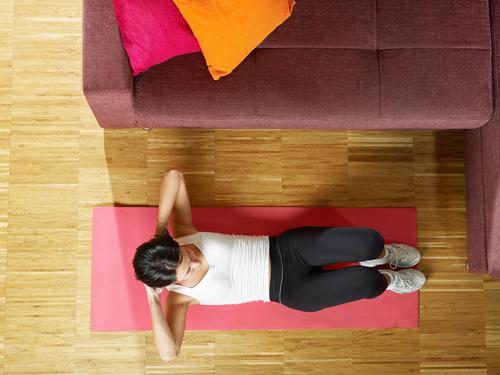 Some people really enjoy exercising but most of us, probably not. We understand the need for it and most of us intend to do more but we find distractions and make excuses instead. A new study from the University of Florida (UF), however, may provide incentive than any we’ve ever heard before.

A Matter of Brown and White

When it comes to our bodies, many feel fat is fat is fat. This isn’t actually the case, though. There are two kinds of body fat: white and brown. They look different, are molecularly different, and they work differently, too.

White fat cells are one big drop of oil. They store energy (calories) so we’ll have the energy our bodies need when the day comes that there isn’t any food around to eat and give us our daily ration of calories for bodily functions.

Evolutionarily speaking, this is a good thing. It kept our ancestors alive through famines and other natural catastrophes. Today’s humans rarely experience catastrophic loss of food but we eat a lot more calories than we need for optimum bodily function. These excess calories get stored as white fat and, since the risk of long-term famine is so small, those oil-filled fat cells stay where they are, getting bigger and more numerous the more we eat.

Brown fat cells contain oil, too, but they also contain mitochondria, the part of most cells that converts food and oxygen into energy. Mitochondria are known as the cell’s power supply for this reason. And energy releases heat.

Baby fat is mostly brown fat, there to keep the baby’s body temperature at warm safe levels because babies cannot shiver when they get cold. Brown fat cells burn energy that keeps babies warm until they can maintain body temperature better without it.

It was once believed that we lose all our brown fat cells when we lose our baby fat but research in recent years indicates otherwise. Now we know that lean, physically active adults have a higher ratio of brown fat to white fat but couch potatoes have much more white fat than brown.

Since the heart is a muscle, any exercises that rev up the cardiovascular system and increase heart rate also produce irisin. An added advantage is that irisin revs up the energy-producing mitochondria so existing fat is burned off with increased vigor.

These findings were revealed in the UF study, which examined the irisin effect on donated tissue samples from 28 women who had undergone breast-reduction surgery. When these donated cells were exposed to irisin, a particular protein was formed in the fat cells in concentrations 500% higher than in fat cells not exposed to irisin.

This discovery may someday lead to development of a fat-melting magic pill but the UF researchers say that day is years away. “Instead of waiting for a miracle drug, you can help yourself by changing your lifestyle. Exercise produces more irisin, which has many beneficial effects including fat reduction, stronger bones and better cardiovascular health,” according to Dr. Li-Jun Yang, the UF professor of hematopathology who led the study.

Medical experts and exercise gurus agree: exercising during pregnancy makes labor and delivery much easier and probably faster, too. That benefit, combined with the newly discovered fat-burning effect of irisin, may make exercising even during pregnancy all the more attractive. Some modifications are in order, though, to accommodate body changes that occur along the way.