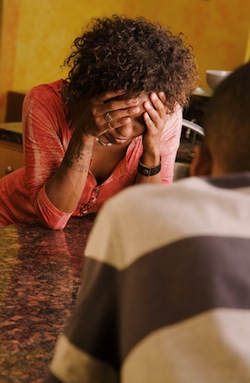 Of all the things couples could worry about during in vitro fertilization (IVF) procedures, money tops the list. Research results presented at the International Federation of Fertility Societies/American Society meeting in October of 2013 showed finances were a major concern for couples using IVF in hopes of becoming pregnant.

Only a few countries offer IVF free or at low cost and many of these nations impose restrictions on who can receive treatment and the number of treatments any one person may have. For example, Israel provides unlimited free IVF treatments for its citizens for up to two children per woman younger than 45; this means any Israeli woman under 45 can have as many IVF treatments as she likes until she brings home two babies. Free or low-cost IVF treatments help countries maintain stable populations but many developing countries cannot afford to help citizens with the cost.

According to the results of the study discussed in October, an IVF company in Brazil gave a list of common concerns couples experience when considering IVF treatment. These concerns included issues such as finances, multiple gestations, social prejudice, birth defects, an excessive number of eggs, and religion. IVF is controversial in many parts of the world; the Chinese government outlawed the procedure for unmarried women and couples with certain diseases in 2003 and religious leaders in some Muslim countries only allow the procedure for couples who use their own sperm and egg.

While these social, legal, and religious concerns are important to couples in every nation, an overwhelming majority of 82.6 percent of respondents in the Brazil study said finances were their primary concern. The average cost of an IVF cycle in the United States is $12,400 excluding medications, according to the American Society for Reproductive Medicine.

Dr. Richard Kennedy, Secretary General of the IFFS said, “Those who want children and can’t have them undergo great heartache. Infertility is a disease, and should be treated in the same way as any other disease by health services and insurance plans. Yes, it can often be expensive in the short term, but many studies show that the payback to society from successful infertility treatment more than justifies the initial outlay.”