Egg Donation Through the Eyes of the Donor

There’s no one story that describes the reasoning, the thoughts, and feelings behind a woman’s decision to donate her eggs so another can have a child with them. Egg donation isn’t a decision to be taken lightly. It requires a great deal of dedication and determination on the part of the donor and it leaves lasting scars. Jasmine Stein is an egg donor and she shares her donation story in The Huffington Post, For Stein, the decision to donate started with a need for money and she has no regrets. 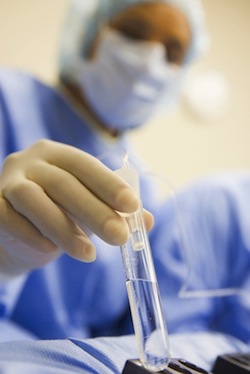 After graduation from college during a bad economy, she had grown weary of job interviews that landed no jobs, borrowing from and fighting with her parents, and never knowing where food and rent money were going to come from. She’d seen ads for egg donors in college newspapers but never paid much attention to them until a friend revealed she had donated her eggs and suggested it might be a way to ease Stein’s financial woes.

Stein describes the experience as a test of “the limits of what my body can handle.” The extensive background check and medical evaluation didn’t deter her. Her fear of surgery didn’t stop her either. She even made peace with the fact that there would “be a kid out there that looks like me.” As weird as it all seemed, she did it anyway.

As she was getting older, the thought of having children of her own was growing less appealing, Stein acknowledges her reasons for not wanting to be a mother herself might seem selfish but she knew there were many women who desperately wanted to become mothers but could not. If they could use what she didn’t plan to use herself, wouldn’t that help them? Would it alleviate the sense of guilt she felt at foregoing motherhood even though she was perfectly capable of it?

Stein was warned in the very beginning of the hormone-heavy donation process that her emotions might become overwhelming at times. She had to agree to no drinking, sex, or exercise until the process was complete. She had to give herself shots of potent hormones every day and make frequent visits to the clinic but none of these details changed her mind.

The rigors of the process “pretty much replaced my social life,” according to Stein so she turned to research. She researched the drugs she was taking, infertility, and the stories of women desperately wanting babies their bodies could not produce. These personal stories made Stein “feel like they would love any future kids my eggs helped make” all the more for their struggle.

Stein writes that “my body and I learned a lot about each other” during the two-month-long donation process. Surviving excruciating pain, roller-coaster emotions, nausea, dehydration, and a host of medical procedures gave her new-found appreciation for her body and she found emotional strength as a result of the process.

And, yes, she got paid. Stein writes that long after her $8,000 payment is gone, she can look down at the scar near her navel “and think about the tiny body I may have helped create.” She truly has no regrets.