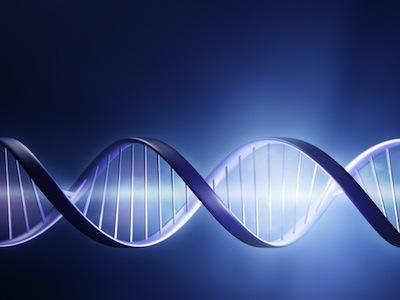 Menopause occurs naturally between the ages of 40 and 60 for most women, signaling the end of fertility. Fertility begins to diminish, however, approximately 10 years before menopause, a factor that makes it increasingly more difficult to get pregnant as a woman ages. An extensive international study found that how the body handles DNA repair throughout a lifetime affects the timing of fertility decline and the onset of menopause.

Researchers from the Universities of Cambridge and Exeter in the United Kingdom conducted the study that included scientists from 177 institutions around the world. Genetic analysis was done on approximately 70,000 women of European ancestry. What the study revealed, basically, is that women who embrace a healthy lifestyle from an early age have healthy DNA that delays the onset of menopause and extends fertile years.

Dr. Anna Murray, a University of Exeter Medical School geneticist involved with the study, says, “Many women today are choosing to have babies later in life but they may find it difficult to conceive naturally . . . Our research has substantially increased our understanding of how reproductive aging in women happens.” There is hope the research will someday be used to prolong fertility before menopause begins.

The research team identified 44 distinct regions in the female genome that govern the age a woman reaches menopause. The way the body repairs DNA damage in oocytes (immature eggs stored in the ovaries) is the key to the puzzle.

When a woman remains healthy throughout life, DNA damage is repaired effectively. More eggs remain healthy and viable for a longer length of time. The longer the eggs are healthy, the more years a woman has to have a baby before the onset of menopause.


If, however, women are less healthy, exposed to environmental toxins, or maintain unhealthy habits that interfere with the body’s ability to repair DNA damage, the less effective the DNA repair process is in the oocytes. Inadequate DNA repair leads to fewer years of fertility and earlier menopause. Women who smoke cigarettes, for example, tend to enter menopause one or two years earlier than non-smokers.

Dr. John Perry, who was also involved in the study, says, “We have known for some time that the age at which women go through menopause is partly determined by genes. This study tells us that there are likely hundreds of genes involved, each altering menopause age by anything from a few weeks to a year.” He further states how striking it is that genes that govern DNA repair play such an important role in the timing of menopause. “We think (it) is due to their effect on how quickly a woman’s eggs are lost throughout her lifetime,” he says.

Further study is expected to explore any links between genetic variations and the timing of menopause, infertility, and the health consequences of menopause such as increased risk of breast cancer, heart disease, and osteoporosis.