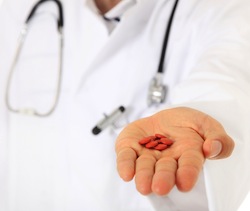 Cancer treatments like radiation and chemotherapy are known to reduce or eliminate fertility, but medications can also have a negative impact on gonadal function, sperm production and fertility. Researchers from the Wake Forest School of Medicine recently published an extremely small study in the Journal of Oncology Pharmacy Practice suggesting a connection between temozolomide, used to treat brain tumors in the study, and reduced fertility.

The small study recruited 13 men, but due to complications and issues that arose during the study, only four baseline samples were collected. The same four men completed the 6-month temozolomide treatment, providing samples after treatment.

Conclusion: Men taking temozolomide for six months showed reduced sperm motility, abnormal sperm density and reduced numbers of normal sperm. Hormone levels remained normal throughout the treatment. While the results indicate there could be an issue between temozolomide and fertility, a larger study is needed to verify the results.