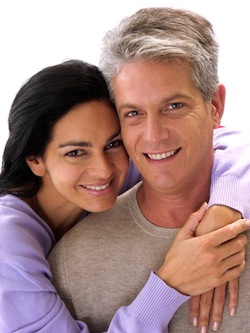 Men with neurotic personality traits are having fewer children than their ancestors, according to a study published in the European Journal of Personality. This study looked at the relationship between personality and the likelihood someone will have a child. Additionally, researchers found that extroverted males are more likely to have children and that conscientious women tend to have fewer children, although these fertility trends have been consistent throughout the generations.

These findings may be vital to maintaining population in nations where fertility rates are below replacement rates. An average rate of two children per woman keeps the population of a nation stable; the population of many developed nations is declining. This study is also important for projecting changes in sustainability, climate, energy, and food security. The International Institute for Applied Systems Analysis (IIASA) focuses on the global effects of these changes. Researchers there worry that neurotic personality traits will cause replacement rates to fall even further.

Vegard Skirbekk, of IIASA, led the study and found that decreased fertility associated with neurotic personality traits only occurs in men born after 1957. The research team defined a neurotic personality trait as a tendency to be moody and emotional. Researchers say decreased fertility may be the result of societal change, with men and women waiting longer to have children.

The study was possible because of Norway’s detailed recordkeeping and integrated personality survey that allows scientists to make connections between fertility and personality. Skirbekk believes that researchers in other parts of the world can apply these findings to men and women outside of Norway. Skirbekk says, “Many trends that have been observed first in Norway - increasing cohabitation, divorce rates, and later marriage, for example - have then been observed later in many other parts of the world. Of course it remains to be seen if this phenomenon will also spread.”