Gas, Bloating, and Farting During Pregnancy 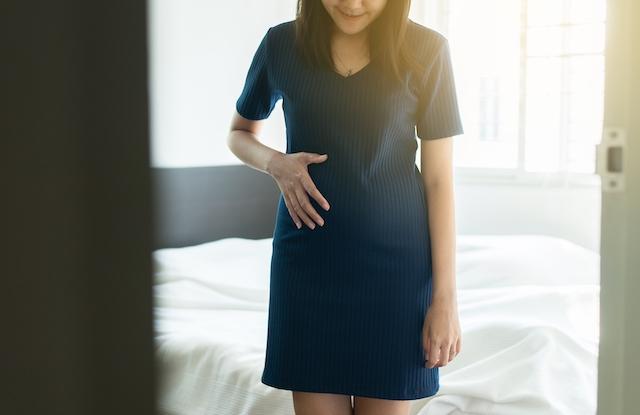 If there is one symptom of pregnancy that every mother-to-be would change, it would be the large amount of gas and bloating (also known as "farting") associated with pregnancy. This common human condition is exacerbated during pregnancy by hormone changes, making pregnant moms feel uncomfortable and, at times, in pain.

A healthy person passes gas on average about once every other hour. Farting or flatulence is, in fact, a normal and natural part of humans. It shows our intestinal system works well. Excessive farting, on the other hand, may not be normal and should be checked by a doctor. There is no agreement on how much farting is "too much". For some people, more than 24 a day may be normal, and for others it's normal.

Why do gas and bloating happen more when you’re pregnant?

Gas and bloating occur for everyone on earth. The normal human actually passes gas up to 12-14 times every day even if they do not know they have gas. When a woman is pregnant, the increased levels of progesterone cause the muscles of the body to relax. This means all muscles relax including those that help the digestive tract move food out of the body. The decrease in digestion times makes for increased gas and increased feelings of bloat.

As early as the first trimester, before the baby bump begins to show, mom may feel as though her pants are too tight and notice an increase in burping or belching.

How is gas produced and why is there more when pregnant?

As stated before, the increased levels of progesterone in the pregnant body cause the digestive process to slow down. That means the bacteria have a longer amount of time to work on the food in the intestine. The more breakdown, the more space and the more gas trapped in the intestine resulting in that feeling of bloat.

Dealing with gas and bloating

While pregnant women will want to eat a balanced meal, it is important to choose foods that are easily digested. If the enzymes of the stomach can break down the food entirely before it reaches the large intestine, gas will often not be a problem. Proteins are a great food source that causes very little gas.

By avoiding foods and others that seem to cause gas, the bloat will often subside. Foods that are hard to break down and should be avoided to prevent gas are:

Another way to combat gas is by eating smaller meals, exercising, avoiding sugar-free foods (many contain sorbitol or maltitol and can cause gas), and reduce the number of carbonated drinks consumed each day.

Medicinally, there are over the counter medications that are safe to use when pregnant. These anti-gas supplements and chewable tablets should only be used with the guidance of your obstetrician. If the feelings of gas and bloat are not eliminated with diet changes and exercise changes, make sure to ask about approved gas relief medications.

Gas is a natural part of digestion, but when women are pregnant and hormone levels are high, that gas can move from natural to uncomfortable.