Getting Pregnant after Vasectomy

The possibility of getting pregnant after a vasectomy, without surgery to reverse the vasectomy, is very rare. A vasectomy is a minor surgical procedure done to make a man sterile by severing the line that produces sperm. The procedure is meant to be a permanent method to prevent pregnancy for men who do not want any more children but, in some cases, the desire to have more children arises after a vasectomy is performed. A comparable surgery for women is called tubal ligation. 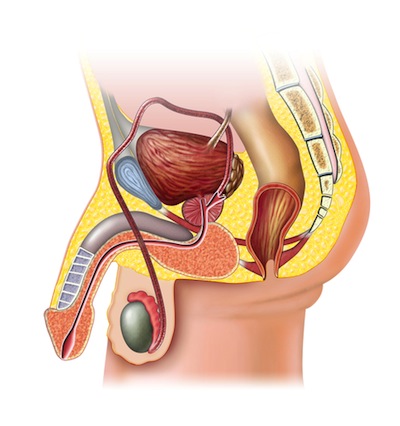 What are the options?

If you and your partner decided to try to get pregnant and have another child after a vasectomy, you could get a vasectomy reversal. A vasectomy reversal is surgery to reattach the tubes. The reversal surgery allows sperm to enter the urethra again during an orgasm, to allow ejaculation of sperm, and thus allows impregnation. It takes an average of 12 months from the date of vasectomy, for a pregnancy to occur. The other option lies in sperm retrieval used in combination with in-vitro fertilization. This is where the sperm will be retrieved from the male, and the egg retrieved from the female where they will be combined in a laboratory, and implanted directly into the uterus. If the female has fertility issues as well, this will likely make the process a bit more difficult, and decrease the chances of pregnancy in the end. Consult your healthcare professional for the best course of action.

What are the chances?

The chances of a successful vasectomy reversal are about 60%, as 2 in every 5 males generally are unable to conceive a child after a reversal. Some doctors are able to reverse the vasectomy even after another doctor has tried and failed at that same reversal, but it should be noted that the chances of success for each subsequent reversal attempt decrease by 8-10%. Generally, the longer amount of time there is between the vasectomy and the vasectomy reversal, the lesser the chance of being able to impregnate becomes. The chances of sperm retrieval are generally about 95%, and the pregnancy chances rest at about 50%, depending on the fertility of the woman involved.

What are the risks?

Typically, there is no risk to the male obtaining a vasectomy reversal, except for some potential tissue damage or scarring which may cause pain. The risk generally lies with the female seeking in-vitro fertilization, because the hormones that are administered to stimulate egg release have been known to increase the risk of ovarian cancer. The pain experienced after a vasectomy procedure is usually nothing more than the pain experienced after the initial vasectomy procedure, and it is fairly easy to get back into the swing of things soon afterward.

The bottom line is that if you are unsure of whether or not you want another child, you should hold off on having a vasectomy in the first place. The vasectomy procedure is an expensive venture, and the reversal of such is even more expensive, especially if you must combine it with a sperm retrieval and in-vitro fertilization procedure.

Read More:
How Long Does Sperm Survive?
Why Can't We Get Pregnant?
Male Fertility Testing: Sperm Analysis and Count