Ovulation - It's All About the BIG O

At the beginning of a menstrual cycle, several ovarian follicles begin to mature anddevelop in the ovaries under the influence of pituitary hormones. Usually only one follicle develops fully, the so called 'dominant follicle' and this dominant follicle produces an egg which will be released at the time of ovulation and which can be fertilized. Ovulation is defined as the ejection of a mature egg from the follicle and the ovary. Ovulation takes place randomly from one or the other ovary.

The growing follicle secretes increasing amounts of the hormone estrogen and with peak estrogen production, there is a surge of luteinizing hormone (LH) which triggers the release of the mature egg from its follicle. 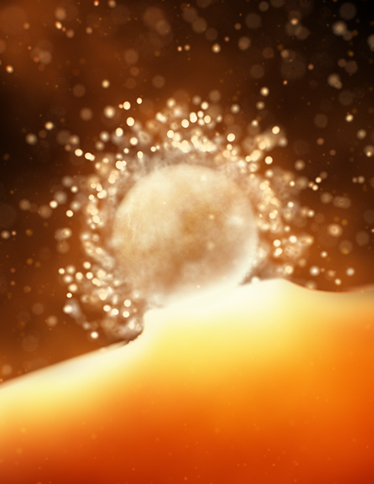 Once ovulation has happened and  the egg has been ejected from the ovary, it is picked up by one of the fallopian tubes and begins to travel towards the uterus in the fallopian tube. This is where fertilization, if it is to happen, takes place. The follicle that released the egg becomes known as the corpus luteum after ovulation and begins to secrete the heat inducing hormone, progesterone.

Ovulation and the Cycle Phases

Ovulation is the event that defines the phases of the menstrual cycle. The phase before ovulation, when the ovarian follicles are developing, is called the follicular phase. The phase after ovulation is called the luteal phase. The length of the follicular phase may vary but the luteal phase length after ovulation is generally constant from cycle to cycle for the same woman, lasting on average around 14 days (range of 12-16 days). When cycles are irregular, it is usually because ovulation occurred earlier or later than usual or ovulation does not take place.

Why should I know about ovulation?

Knowing exactly when and if ovulation occurred is important for several reasons:

When does Ovulation take place?

Your menstrual period (if you are not pregnant) begins two weeks after ovulation. it can vary from 12-16 days before the onset of menstruation depending on the length of your luteal phase.

During an "average" 28 day cycle, ovulation is usually expected to take place between cycle days 13-15. Based on this guideline, many women are taught to expect ovulation around day 14 of their menstrual cycle. Many women, however, do not have average cycles and even those who usually do may see irregularities from time to time.

According to the American Society for Reproductive Medicine a typical menstrual cycle may be anywhere from 21 to 35 days. Some women even notice cycles that are shorter or longer than this. Ovulation, then, may occur much earlier or later than typical guidelines suggest. For example, ovulation may occur on cycle day 23 during a cycle that is 35 days long for a woman with a 12 day luteal phase while ovulation may occur on cycle day 10 for a woman with a 24 day cycle and a 14 day luteal phase length. This variation among women and from cycle to cycle means that there is really no simple "one-size-fits-all" mathematical formula to calculate your ovulation date. However, it is possible to learn how to identify your own ovulation date and fertile signs by examining your fertility signals.