Binge Drinking is a Threat to Young Girls and Women 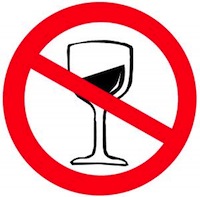 According to the Centers for Disease Control and Prevention, excessive consumption of alcohol accounted for 23,000 deaths each year between 2001 and 2005. These deaths equated to more than 630,000 lost years of life (potential). Binging on alcohol was associated with more than 50% of the alcohol-related deaths, but death is not the only possible side effect of binge drinking.

Researchers suggest binge drinking may also affect reproductive health as unprotected sex increases the risk of contracting sexually transmitted disease and infection, unplanned pregnancy, low birth weight and miscarriage. Alcohol consumption during pregnancy can lead to fetal alcohol syndrome and a variety of behavioral problems with offspring. Young girls and women who choose to abuse alcohol are more likely to carry alcohol abuse into reproductive and adult years, increasing the risk of reproductive side effects.

Information was collected in all 50 states using phone interviews. More than 278,000 women responded to the survey. Women were asked about alcohol consumption, including binge drinking, during the previous 30 days. Women who refused to answer questions about binge drinking were excluded from the final results. Students from high schools were also questioned using the Youth Risk Behavior Surveillance System from the Centers for Disease Control and Prevention. Questionnaires were completed by high school students with more than 15,000 respondents.