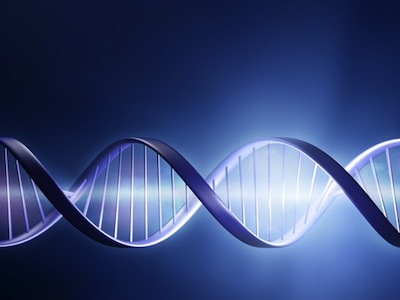 Almost eight million people around the world are diagnosed with autism spectrum disorders (ASD), according the World Health Organization. Autism is a baffling disorder due to the widely diverse symptoms it causes and the many systems of the body it affects. Treatment consists mostly of symptom management, a situation that will likely remain the same until a cause or point of origin of disease is discovered. Fortunately, an international team of researchers has discovered a gene that is more strongly associated with autism than any other to date.

The research team consisted of scientists from:

Given its wide range of symptoms, it is believed autism begins in the earliest stages of brain development, when stem cells are evolving from “blank slates” into specialized cells, tissue types, and organs. All cells in a developing fetus begin as stem cells but the body continues to produce stem cells throughout life. After birth, stem cells are instrumental in replacing or repairing specialized cells damaged by illness, injury, and natural cellular death.

Since stem cells are unspecialized, they can become whatever type of cell is needed so studying them provides a glimpse into the very earliest embryonic stage of development of the individual. The research team used stem cells in their search for a genetic origin of ASD.

Nasal biopsies were used because they are easy to access and because olfactory cells are nerve tissue. The stem cells from nerve tissue can become neurons (nerve cells) that can be used to study the genetic activity of earliest brain tissue development.

The research revealed a highly promising gene for future studies of the origin of autism. In the study group (with autism), the stem cells of nine of the 11 biopsies displayed less activity of a particular enzyme — MOCOS, or Molybdenum Cofactor Sulfurase — than was found in the remaining two ASD patients and in the entire control group consisting of adults without ASD.

In previous studies, hundreds of genes have been examined for their influence on autism but each one can account for no more than about 1% of ASD cases. In this study, the same inadequate gene activity that governs MOCOS expression was evident in almost 82% of the ASD subjects and in none of the control group.

It is well established that MOCOS is important for metabolism of purine, a protein building block of uric acid. Imbalances in uric acid are associated with diabetes, gout, kidney stones, the immune system, inflammation, cardiovascular disease, multiple sclerosis, and systemic toxicity caused by free radicals. The oxidative stress caused by free radicals is strongly associated with the gastrointestinal distress autism patients frequently experience.

The current study is the first to reveal neurological associations with MOCOS. Inadequate expression of the MOCOS enzyme leads to fewer synapses between nerve cells and fewer neurotransmitter vesicles in the nerve cells. Additional studies on worms and mammals revealed MOCOS expression in the intestines as well as the brain.