Fatherhood Packs on the Pounds 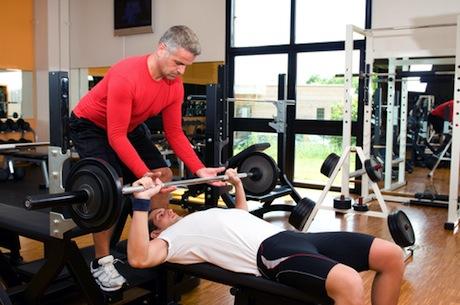 Most men gain a little weight after they get married. A new study indicates fatherhood packs on the pounds, too. Each added pound puts a man a little closer to the health risks associated with excess weight but most young men don’t have a regular doctor to discuss this with. Craig Garfield thinks that the birth of a first baby is the ideal time for physicians — including pediatricians — to counsel young fathers on the value of maintaining optimum weight through healthy lifestyle choices.

Garfield is an associate professor of pediatrics and of medical social sciences at Chicago’s Northwestern University Feinberg School of Medicine. He’s also an attending pediatrician at the city’s Ann & Robert H. Lurie Children’s Hospital. He’s a father, too.

Lurie and his research team recently published the findings of a 20-year study of 10,253 men and their weight fluctuations as they grew from early adolescence to adulthood. The study, begun in 1994, included measuring each man’s body mass index (BMI) at four points over the course of study:

In addition to weight checks, lifestyle changes such as marriage and fatherhood were noted.

When measuring BMI, height and weight are mathematically compared to arrive at a scaled index number. A healthy BMI is between 18.5 and 24.9 on the BMI scale. Garfield describes a 6-foot-tall man as the typical male for the sake of discussion. This man would need to weigh between 140 and 177 to fall in the healthy BMI range.

Why The Added Pounds

Garfield suggests new priorities — one’s growing family — contribute to added weight when children come along. “You have new responsibilities when you have your kids and may not have time to take care of yourself the way you once did in terms of exercise.” Kid-friendly treats in the pantry may prove tempting to new dads, too.

Fathers often accompany their child to the pediatrician’s office, which may be the only contact with a doctor the men get during young adulthood. These “pediatric chaperone” visits provide the ideal opportunity for pediatricians to discuss dad’s health at the same time they’re discussing the child’s.

Added weight is only one issue new fathers face. Many are at increased risk of depression after the birth of a baby. Garfield would like to see pediatricians alerted to these medical challenges fathers face and be open to discussing with them the value of nutrition, exercise, healthy lifestyle choices, and mental health counseling when it seems appropriate.