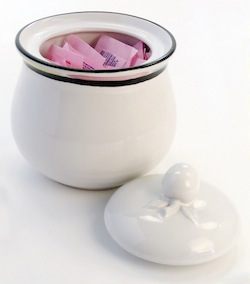 The Tobacco Institute was founded in 1958 to launch a full-scale assault on all scientific data and public interest campaigns that warned of the health dangers of smoking cigarettes. It lobbied elected officials so vigorously that, in 1979, Senator Ted Kennedy said, “Dollar for dollar, they’re probably the most effective lobby on Capitol Hill.”

Before the institute was founded, scientific evidence of tobacco’s link to lung cancer grew undeniably strong, prompting the tobacco industry to establish its own collection of scientific research. The industry’s scientific mission was to debunk the hard science but it could not. Instead, heavily funded campaigns were set in motion to overlook the dangers of smoking and cast doubt on reputable scientific evidence, instead of glamorizing freedom of choice and the ritual of smoking.

Behind closed doors, tobacco companies were creating more addictive tobacco strains and developing more addictive tobacco products. In 1992, when an actor in tobacco ads asked an RJ Reynolds executive why he doesn’t smoke, the exec replied, “We don’t smoke that s***. We just sell it. We just reserve the right to smoke for the young, the poor, the black and the stupid,” according to an excerpt of tobacco industry documents published online by the World Health Organization.

All scientific data, inter-industry correspondence, and other documentation that confirmed the dangers of tobacco were kept hidden from outside scrutiny until 1998 when the industry reached an agreement with federal courts in a move called the Tobacco Master Settlement Agreement. The institute was forced to close and those well-hidden documents are now part of the court record and open to public review.

Who Learned from Whom?

That’s pretty much what the sugar industry has been doing since at least the 1940s, according to a recently published report. When scientific evidence revealed sugar causes dental cavities (caries), dentists asked the sugar industry to reduce the sugar in processed foods and beverages and called for federal recommendations that limited sugar intake.

The sugar industry responded by creating the Sugar Research Foundation in 1943, a good 16 years earlier than the Tobacco Institute was founded. An MIT chemist named Robert C. Hockett was scientific director of the sugar foundation from 1943 until 1954 when he shared everything he learned about evading the truth about the dangers of sugar with the tobacco industry. He served as a director of scientific research for the tobacco industry from 1954 until 1974.

Cristin Kearns and her research colleagues at the University of California, San Francisco, recently pored through the archives of another sugar-industry scientist, Roger Adams, who was an advisor to the Sugar Research Foundation from 1959 until he died in 1971. The Roger Adams papers, as the archive is being called, tells the story of industry insider secrets, denial of the truth of outside research revealing sugar’s impact on children’s teeth, heavy lobbying of elected officials, and public campaigns to encourage the consumption of sugar while ignoring calls for restricting the amount of sugar being added to processed foods and beverages.

The researchers have been using their findings to lobby public health policy makers such as the World Health Organization and the US Food and Drug Administration to tighten their recommendations for acceptable sugar intake for people of all ages all around the world. So far, no sugar-restricting activities have reached the federal court system as happened with the tobacco industry in the late 1990s. Nor has there been any meaningful effort made to limit sugar additives in thousands of food and beverage products, including those heavily marketed to children.