Mitochondrial Diseases in Children a Thing of the Past? 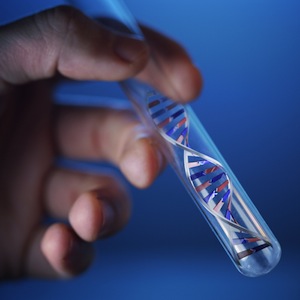 Researchers from the NYSCF (New York Stem Cell Foundation) partnered with CUMC (Columbia Medical Center) to create a special technique to stop mitochondrial diseases from genetically passing on to children. The technique is in the earliest clinical stages. The study explaining the process was published in the journal Nature.

Mitochondrial diseases affect about 1 in 1,000 births, but 1 in 200 people carry mutant mitochondrial DNA in their cells. Despite the fact that mitochondrial mutations only affect 37 in 20,000 genes, the effects can cause illness and disease that affect lifespan and quality of life.

Lab technicians were able to keep the transplant egg alive to the point where cell lines developed into adult cells, including heart, pancreatic beta and neurons. The technique, though successful in the lab, needs further testing in advanced clinical studies. Future studies should involve the same mitochondrial DNA replacement, but the altered egg will be implanted in test animals for the duration of the pregnancy. Physically implanting the fertilized eggs gives researchers a chance to see just how successful the technique will be in live study.

Currently, women with mutated mitochondrial DNA can choose to use donor eggs or risk human selection via IVF. Not all mutated cells are detected during the IVF process so women take a risk at passing the mutation on to offspring. There are also issues with undetected mitochondrial mutations in the female population that are only revealed after successful implantation or pregnancy.

Mitochondrial diseases that could be prevented by the new technique include mitochondrial encephalomyopathy, myoclonic epilepsy, Kearns-Sayre syndrome and chronic progressive external ophthalmoplegia.