Not in the Mood? Sleep On It! 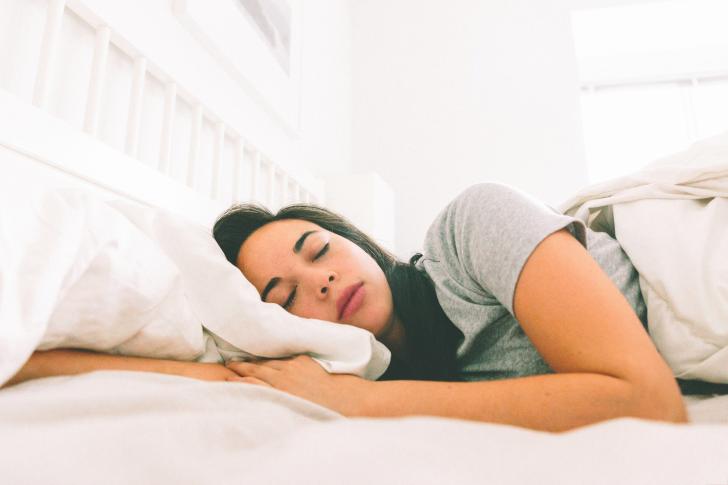 Many studies have been conducted to determine what makes a person not in the mood for sexual activities with a loving, trusted partner but very few of them have focused on sleep. A new study indicates someone not in the mood should sleep on it for an extra hour tonight to improve libido tomorrow.

Medical and psychological problems can interfere with a satisfying love life as much as relationship problems do. These specific issues, however, don’t encompass everybody who just isn’t interested on a prolonged basis. Sometimes, some people who are wildly in love, in robust health, and of sound mind and emotional outlook just don’t feel interested in sex.

What has research shown us about libido and sleep?

It’s this group of people that Dr. David A. Kalmbach wanted to know more about. Kalmbach, working from the University of Michigan (UM) Medical School’s Sleep and Circadian Research Laboratory within the university’s Department of Psychiatry, worked with other researchers from UM as well as from the Henry Ford Health System and Kent State University in Ohio.

Kalmbach’s research team focused on women, enlisting 171 women enrolled in a psychology class at an unnamed major Midwestern university; course credit was awarded for participation. Each woman volunteering for the study was not using antidepressants and had reliable, daily internet access. Each woman started the study by undergoing a baselline health evaluation at the university and then, for 14 consecutive days, she updated an online diary upon arising in the morning.

One line of questioning in the morning online diaries concerned the previous night’s sleep: the number of hours the woman had slept, how long it took her to fall asleep, and if the sleep was continuous and restive or disturbed, with frequent awakenings.

The researchers discovered that an hour of extra, high-quality sleep resulted in a 14% increase in sexual desire the next day. Vaginal arousal was also higher in women getting the extra hour of quality sleep.

The results remained the same regardless of the woman’s age, daytime fatigue, menstrual cycle, history of sexual distress, or use of oral contraceptives. Anxiety and depression levels did not alter the results, either.

According to the research team, it could prove to be beneficial if healthcare professionals included discussion or evaluation of sleep quality when treating patients for sexual dysfunction. Improving one’s sex life could be as simple as developing healthier sleep habits.