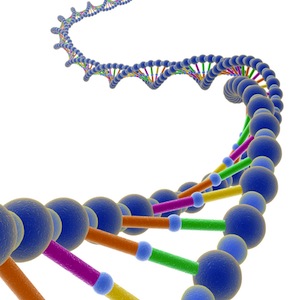 In the past five decades the number of cases of non-Hodgkin's lymphoma has increased dramatically. Researchers have been looking for possible risk factors or causes for the increased number of cases. According to the Journal of the National Cancer Institute, there are several factors that may increase the risk of having children with a genetic predisposition to the cancer.

Information for this study was collected as part of a Swedish cohort of more than three million people born in the country between ’73 and ’08. Some of the risk factors connected with increased risk of developing non-Hodgkin's lymphoma include:

This list of risk factors tells a lot, but also leaves doctors and researchers with a lot of questions. Both genetic and perinatal factors are included on the list. Women can choose to start having children earlier, but they cannot naturally choose the gender of a child. Increased fetal growth may be curtailed with nutritional education and controlled calorie intake, but genetic predisposition is not necessarily evident before pregnancy.

Other studies have been completed on non-Hodgkin's lymphoma, but this is the first study with such a large number of case studies. The information revealed from the study is enough to give doctors and researchers a base for maternal education and future research. Researchers noted that some factors that could have affected the outcome of the study were not able to be controlled, such as exposure to environmental factors like radiation exposure. Such factors could impact the outcome of the study on some level, but the population of the cohort was so large that these factors would not eliminate any of the individual results.