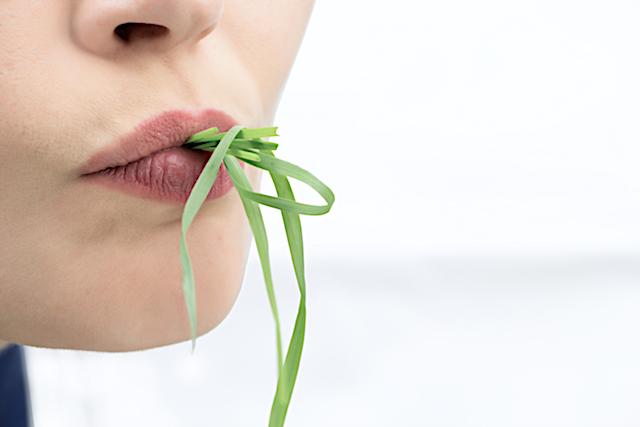 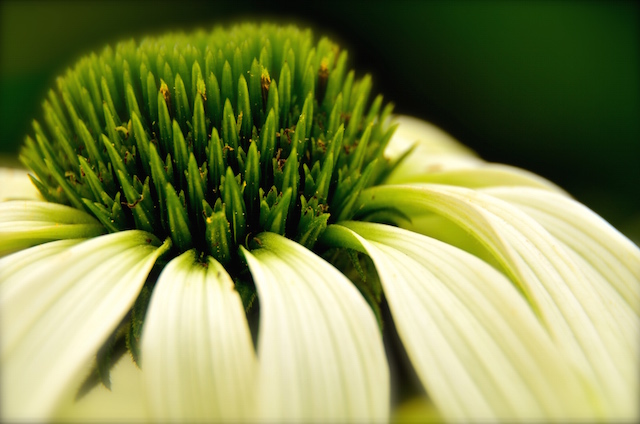 The effect of echinacea use during pregnancy was investigated by Motherisk, a Toronto information center that handles telephone calls from women with concerns about pregnancy exposures. Pregnancy outcome was obtained for 206 women who took this herb, 112 of whom used it during the first trimester. A control group consisted of 206 women who called Motherisk with questions about echinacea but who did not take it, or who took an antibiotic for upper respiratory infection. The antibiotics were judged by the Motherisk team to have posed no increased risk of birth defects. Pregnancy outcome information was collected using a questionnaire that was completed by the women. There were 195 live births among women with echinacea exposure, with elective and spontaneous abortion accounting for the remainder of the subjects.

There were six children with major congenital malformations in the echinacea-exposed group, including one case each of inguinal hernia, bilateral hydronephrosis, syndactyly, duplication of the renal pelvis, laryngotracheomalacia, and trisomy 18. There were seven children with major congenital malformations in the control group. The rates of major malformations were not different between the groups and were not different from the 3-5% rate that would be expected in the general population.

The major strength of this study is the prospective enrollment of women based on exposure, prior to the women’s awareness of pregnancy outcome. This prospective enrollment avoids the inclusion of more exposed women with abnormal outcomes than of women with normal outcomes. Weaknesses include the possibility that this population was self-selected by having been aware of the availability of Motherisk counseling, and by their interest in seeking counseling. (An unpublished survey of the Organization of Teratology Information Services suggests that women calling these services are predominantly white, middle-class, college-educated, and English-speaking.)

There are medications (including thalidomide and isotretinoin) that produce malformation rates at this level or higher, but most medication exposures that increase the risk of birth defects do so at a considerably lower level (1% or 2%). It would be reasonable to conclude, then, that echinacea is not another thalidomide, but it would be premature to recommend use of this herb during pregnancy based on this study. 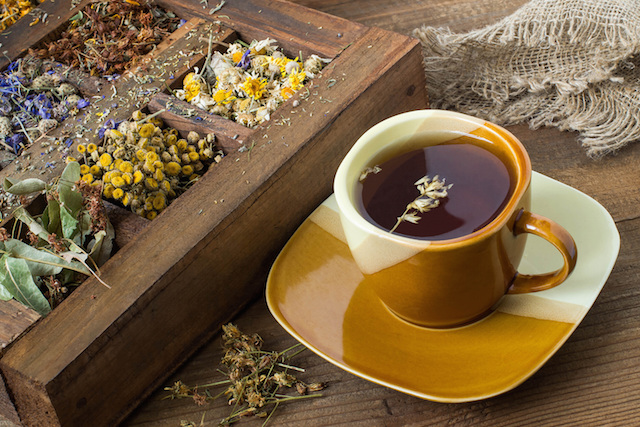 A recent study tested the effects of prenatal exposure to St. John’s wort on long-term growth in physical maturation of mouse offspring.

Forty-eight CD-1 mice were randomized to 180 mg/kg/d hypericum or placebo for two weeks before conception and throughout gestation. There were no differences between groups in physical milestones, reproductive capability, perinatal outcomes, or growth and development of first- or second-generation offspring. Ginseng (Panax ginseng, other Panax species) Ginseng is an adaptogenic, tonic herb commonly used in Chinese medicine; it also has become popular in the West. A letter to the editor presented 88 women who reported using ginseng during pregnancy.There was no apparent increase in adverse pregnancy outcome compared to unexposed women. In another study, ginseng was tested in rats over two generations and caused no adverse effects on reproductive performance including fetal development. 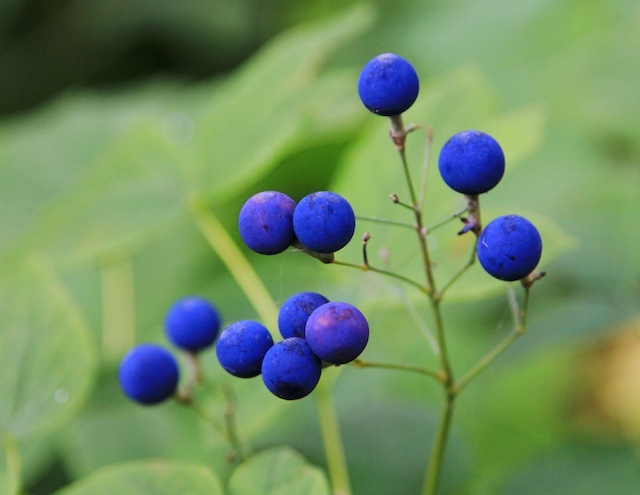 Blue cohosh has been associated with several cases of adverse neonatal outcomes. Blue cohosh is used for labor facilitation by non-medical personnel, not by doctors. The McFarlin survey of CNMs found that 64% of those who prescribed herbs for labor facilitation used blue cohosh and 45% used black cohosh. Twenty-one percent of the CNMs reported complications when herbs were used, including nausea, meconium-stained fluid, and transient fetal tachycardia with use of blue and black cohosh. Maternal use of blue cohosh in high doses for one month prior to birth was associated with acute anterolateral myocardial infarction and congestive heart failure in an infant. Severe hypoxic-ischemic symptoms were seen in the baby of a woman who took a mixture of blue cohosh and black cohosh (Cimicifuga racemosa) to induce labor. Blue cohosh rhizomes contain caulosaponin and caulophyllosaponin, both saponins with vasoconstrictor activity and cardiotoxic effects.Blue cohosh also contains anagyrine in concentrations of up to 290 ppm.

Causes crooked calf disease in the offspring of cows who graze on it. Anagyrine is thought to require metabolism by rumen microflora to exhibit teratogenic effects, so it may not have the same effects in humans. One case, however, suggests a link between maternal consumption of anagyrine-containing goat milk and vascular anomaly, skeletal dysplasia, and malformed red blood cells in an infant. 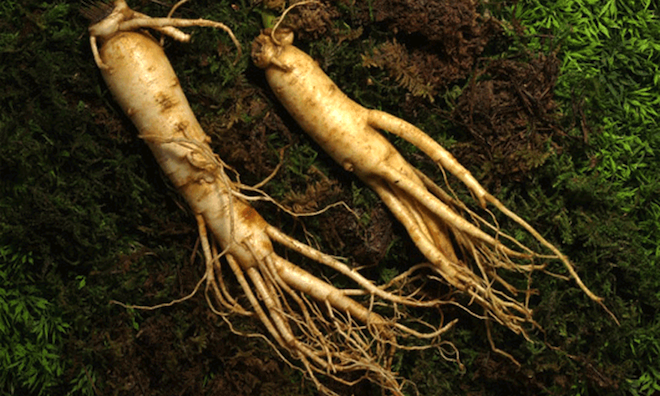 Eleuthero is an adaptogenic or tonic herb. Neonatal hirsutism in a baby noted to have hair on the forehead, pubic hair, swollen nipples, and enlarged testes was attributed to the use of Siberian ginseng (Eleutherococcus senticosis) throughout pregnancy and during lactation. However, the wrong herb was blamed; subsequent analysis showed that the herb consumed was actually Chinese silk vine (Periploca sepium). E. senticosis also was tested in castrated rats for androgenic effects; daily oral administration of 1.5 g/kg (equivalent to 105 g given to a 70 kg human) of E. senticosis for a week caused no androgenic effects and no overt toxic effects. 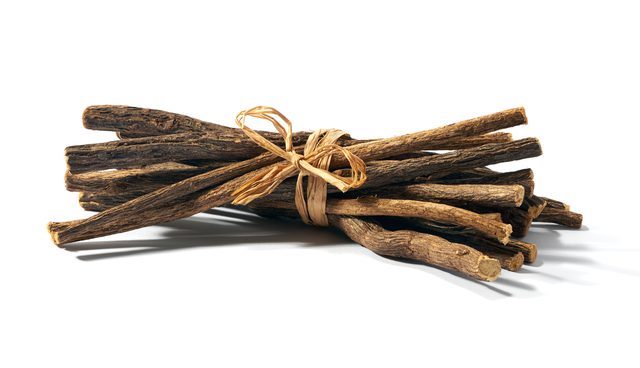 Besides flavoring candy, licorice commonly is used in both Western and Chinese herbal medicine. A study of 1,049 Finnish women, however, found that heavy intake of licorice candy during pregnancy significantly increased the odds ratio (OR) for birth prior to 38 weeks gestation (OR 2.5, 95% confidence interval 1.1, 5.5, P = 0.03).(18) There was no effect on gestational age. In a rat teratology study, an herbal combination of nine agents, one of which was licorice root, did not increase congenital anomalies and appeared to protect against valproic acid-induced defects. 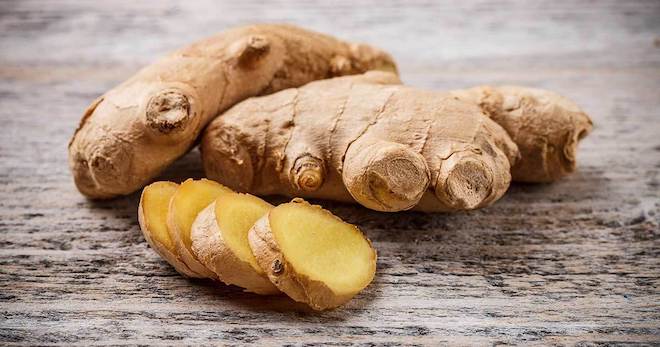 Although useful for morning sickness, ginger traditionally has been used for “suppressed menses,” a term that is sometimes a euphemism for early pregnancy. An abortifacient effect, however, has not been shown in humans. In a clinical trial of nausea and vomiting of pregnancy, one patient experienced a spontaneous abortion; another underwent induced abortion for non-medical reasons. Twenty-five patients went to term and all infants born were normal in terms of appearance, birthweight, and Apgar scores.

There is no evidence to date that use of St. John’s wort, echinacea, ginseng, eleuthero, or raspberry leaf during pregnancy is harmful. As is true for therapeutics in nonpregnant women, medications, including herbal therapies, should not be used unless there is adequate evidence of safety and efficacy. Midwives and herbalists who care for pregnant women should use an evidence-based approach and should recognize that almost all effective medicines can have problematic side effects.