Impact of a Man's Age on Fertility 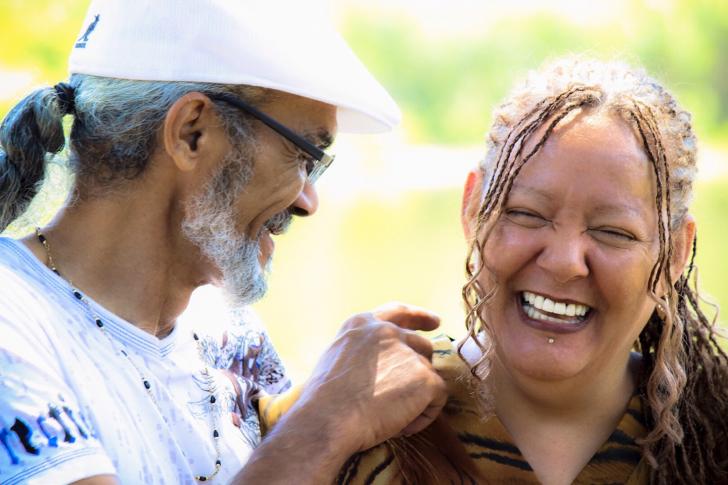 Impact of a man's age on fertility and pregnancy outcome

The average age at which couples are having children has been rising steadily for the past several decades. Since menopause eventually prevents natural conception and pregnancy in women, female fertility is typically the focus of this increase in age. Furthermore, we've all seen and heard stories about men becoming fathers well into their 70s; if you didn’t know better, you’d think that a man’s fertility stays steady throughout his life - as long as he can continue to produce sperm, he can do his part in the conception process.

Many studies show a decline of fertility as a man gets older. And recent studies have confirmed that even if she get's pregnant, pregnancy complications may increase with a man being older.

In this 2019 study, the researchers reported that in couples with unexplained infertility, "analyses for age categories showed a gradual worsening of clinical outcomes with increasing male age, with a significantly worse live birth and clinical pregnancy outcomes in males aged older than 50 years compared to males younger than 40 years (P < 0.05)."

In actuality, there are a number of significant changes that take place to a man’s physiology as he ages that can dramatically impact fertility and reproduction. Some of the major changes in male fertility include:

Slowing the decline in male fertility

There are a number of things you can do in terms of your lifestyle, however, to slow your declining fertility. For example:

If you and your partner are trying to conceive and having a hard time, don’t be afraid to get fertility testing. A fertility specialist can help to rule out certain male infertility causes. Not only that, you may be able to uncover an underlying problem that’s affecting your fertility, such as testicular cancer.

Infertility isn’t just a woman’s problem, especially as you age. If you want to become a dad over the age of 35, you need to understand what happens to your physiology as you age, make lifestyle changes to support your fertility and be willing to see a fertility specialist.

Trying to get pregnant can be a difficult task based on a variety of factors, but many do not consider that the age of the man may have something to do with it. There is always lots of fuss about the health of the woman, and very little about the health of the man involved in the equation. Continue reading to find out what the man’s age means if you are trying to get pregnant.

Pregnancy outcomes may get worse with older men

Not too many studies have explored pregnancy outcomes in aging men. Recent evidence suggests that in addition to a decrease in fertility, there is also an increase in pregnancy complications as men get older such as:

As a man ages, several different things could be happening to his sperm that may create an issue in terms of impregnating a woman. The number of sperm produced may decrease, which will make it difficult to conceive. As if this was not enough, the mobility of the sperm that is available could be severely compromised. This means that even if there are enough sperm to fertilize an egg, they may not be able to move well or quickly enough to actually be able to do so. There are also issues with sperm that could cause their size and shape to change, and create issues with conception.

If you are having problems conceiving, consider the fact that the problem may not lie with your reproductive organs, but your partner. The two of you should go see a doctor together, to determine the best course of action. You will likely have to see a urologist to have a semen analysis conducted, to see how you are doing your part in the reproduction process. If the problem falls in your partner’s sperm count or mobility rather than your uterus, you will be given a list of possible options, and be consulted on the best course of action. It could be a simple blockage preventing sperm from making its way into the ejaculate fluid, or enlarged veins. There are surgical procedures to correct these issues.  If either of these is not the case, there are fertility drugs to help your partner (no, they are not just for you!) increase the regularity of his sperm. If all of this fails, you and your partner can look at other treatments like artificial insemination, or in-vitro fertilization to help you conceive your child.

What it could mean for your pregnancy and your child?

Reduced sperm mobility and other issues that arise with sperm as a man ages could result in an increase in genetic conditions in your children. This is because there are more DNA mutations in the sperm as a man gets older than before.

Let your doctor know how old the baby's father is so you can get checked regularly for any complications. Get informed counseling before pregnancy so you understand the risks. You may also discuss with your doctor if you should consider storing sperms (sperm banking) at a younger age.