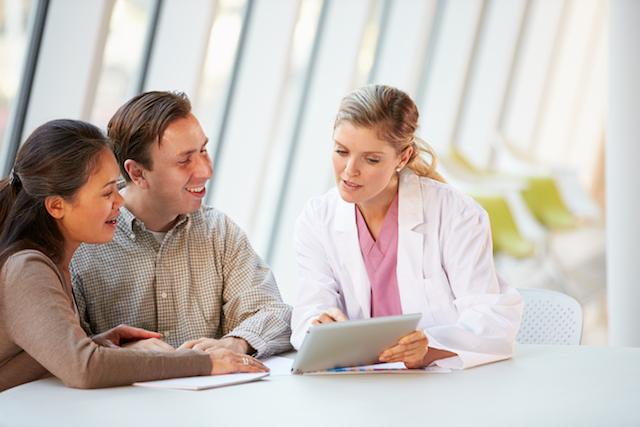 Subfertility is simply a delay in getting pregnant while infertility is the inability to conceive naturally after one year of trying (6 months for women age 35 and more). In subfertility, the possibility of conceiving naturally exists, but takes longer than average.

A couple is considered to be infertile if they have not conceived after 12 consecutive months (6 months if the woman is over 35 years old) of unprotected intercourse or earlier if there are known issues. If pregnancy does not happen as expected, both male and female partners need to get tested for fertility.

Infertility means not being able to get pregnant after one year of trying. Or, six months, if a woman is 35 or older. Women who can get pregnant but are unable to stay pregnant may also be infertile. Pregnancy is the result of a process that has many steps. To get pregnant:

Infertility can happen if there are problems with any of these steps.

Is infertility a common problem?

Yes. About 10 percent of women (6.1 million) in the United States ages 15-44 have difficulty getting pregnant or staying pregnant, according to the Centers for Disease Control and Prevention (CDC).

Is infertility just a woman's problem?

What causes infertility in men?

Infertility in men is most often caused by:

Sometimes a man is born with the problems that affect his sperm. Other times problems start later in life due to illness or injury. For example, cystic fibrosis often causes infertility in men.

What increases a man's risk of infertility?

A man's sperm can be changed by his overall health and lifestyle. Some things that may reduce the health or number of sperm include:

What causes infertility in women?

There are 3 main causes of infertility in women: Ovulation issues, blocked fallopian tubes, physical uterine issues. Most cases of female infertility are caused by problems with ovulation. Without ovulation or without healthy eggs, there are not enough eggs to be fertilized. Some signs that a woman is not ovulating normally include irregular or absent menstrual periods.

Ovulation problems are often caused by polycystic ovarian syndrome (PCOS). PCOS is a hormone imbalance problem which can interfere with normal ovulation. PCOS is the most common cause of female infertility. Primary ovarian insufficiency (POI) is another cause of ovulation problems. POI occurs when a woman’s ovaries stop working normally before she is 40. POI is not the same as early menopause.

Less common causes of fertility problems in women include:

What things increase a woman's risk of infertility?

Many things can change a woman's ability to have a baby. These include:

How does age affect a woman's ability to have children?

Many women are waiting until their 30s and 40s to have children. In fact, about 20 percent of women in the United States now have their first child after age 35. So age is a growing cause of fertility problems. About one-third of couples in which the woman is over 35 have fertility problems.

Aging decreases a woman's chances of having a baby in the following ways:

How long should women try to get pregnant before calling their doctors?

Most experts suggest at least one year. Women 35 or older should see their doctors after six months of trying. A woman's chances of having a baby decrease rapidly every year after the age of 30.

Some health problems also increase the risk of infertility. So, women should talk to their doctors if they have:

It is a good idea for any woman to talk to a doctor before trying to get pregnant. Doctors can help you get your body ready for a healthy baby. They can also answer questions on fertility and give tips on conceiving.

How will doctors find out if a woman and her partner have fertility problems?

Doctors will do an infertility checkup. This involves a physical exam. The doctor will also ask for both partners’ health and sexual histories. Sometimes this can find the problem. However, most of the time, the doctor will need to do more tests.

In men, doctors usually begin by testing the semen. They look at the number, shape, and movement of the sperm. Sometimes doctors also suggest testing the level of a man's hormones.

In women, the first step is to find out if she is ovulating each month. There are a few ways to do this. A woman can track her ovulation at home by:

Doctors can also check ovulation with blood tests. Or they can do an ultrasound of the ovaries. If ovulation is normal, there are other fertility tests available.

Some common tests of fertility in women include:

Finding the cause of infertility can be a long and emotional process. It may take time to complete all the needed tests. So don't worry if the problem is not found right away.

How do doctors treat infertility?

Infertility can be treated with medicine, surgery, artificial insemination, or assisted reproductive technology. Many times these treatments are combined. In most cases, infertility is treated with drugs or surgery.

Doctors recommend specific treatments for infertility based on:

Doctors often treat infertility in men in the following ways:

In women, some physical problems can also be corrected with surgery.

A number of fertility medicines are used to treat women with ovulation problems. It is important to talk with your doctor about the pros and cons of these medicines. You should understand the possible dangers, benefits, and side effects.

What medicines are used to treat infertility in women?

Some common medicines used to treat infertility in women include:

Many fertility drugs increase a woman's chance of having twins, triplets, or other multiples. Women who are pregnant with multiple fetuses have more problems during pregnancy. Multiple fetuses have a high risk of being born too early (prematurely). Premature babies are at a higher risk of health and developmental problems.

What is intrauterine insemination (IUI)?

Intrauterine insemination (IUI) is an infertility treatment that is often called artificial insemination. In this procedure, the woman is injected with specially prepared sperm. Sometimes the woman is also treated with medicines that stimulate ovulation before IUI.

IUI is often used to treat:

What is assisted reproductive technology (ART)?

Assisted reproductive technology (ART) is a group of different methods used to help infertile couples. ART works by removing eggs from a woman's body. The eggs are then mixed with sperm to make embryos. The embryos are then put back in the woman's body.

Success rates vary and depend on many factors. Some things that affect the success rate of ART include:

The U.S. Centers for Disease Prevention (CDC) collects success rates on ART for some fertility clinics. According to the 2006 CDC report on ART, the average percentage of ART cycles that led to a live birth were:

ART can be expensive and time-consuming. But it has allowed many couples to have children that otherwise would not have been conceived. The most common complication of ART is multiple fetuses. But this is a problem that can be prevented or minimized in several different ways.

What are the different types of assisted reproductive technology (ART)?

Common methods of ART include:

ART procedures sometimes involve the use of donor eggs (eggs from another woman), donor sperm, or previously frozen embryos. Donor eggs are sometimes used for women who can not produce eggs. Also, donor eggs or donor sperm is sometimes used when the woman or man has a genetic disease that can be passed on to the baby. An infertile woman or couple may also use donor embryos. These are embryos that were either created by couples in infertility treatment or were created from donor sperm and donor eggs. The donated embryo is transferred to the uterus. The child will not be genetically related to either parent.

Women with no eggs or unhealthy eggs might also want to consider surrogacy. A surrogate is a woman who agrees to become pregnant using the man's sperm and her own egg. The child will be genetically related to the surrogate and the male partner. After birth, the surrogate will give up the baby for adoption by the parents.

Women with ovaries but no uterus may be able to use a gestational carrier. This may also be an option for women who shouldn't become pregnant because of a serious health problem. In this case, a woman uses her own egg. It is fertilized by the man's sperm and the embryo is placed inside the carrier's uterus. The carrier will not be related to the baby and gives him or her to the parents at birth.

Recent research by the Centers for Disease Control showed that ART babies are two to four times more likely to have certain kinds of birth defects. These may include heart and digestive system problems, and cleft (divided into two pieces) lips or palate. Researchers don’t know why this happens. The birth defects may not be due to the technology. Other factors, like the age of the parents, may be involved. More research is needed. The risk is relatively low, but parents should consider this when making the decision to use ART.

Read More:
How to Increase Sperm Count and Improve His Fertility
How Long Does Sperm Survive?
Why Can't We Get Pregnant? Our Complete Infertility Guide