Is Scuba Diving Safe During Pregnancy? 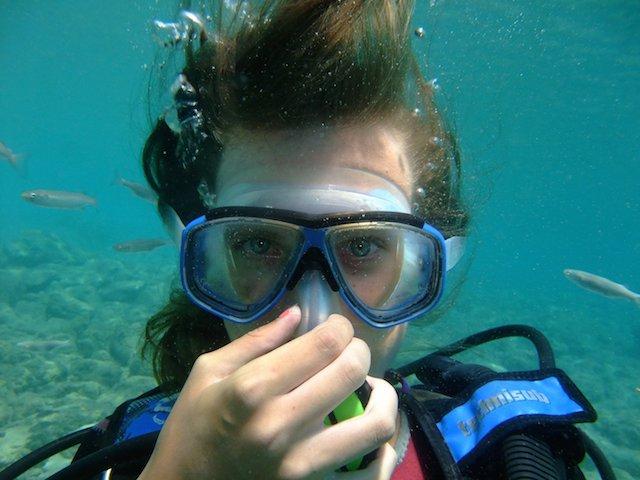 Scuba diving ranks high among the sporting activities that are not recommended during pregnancy. The word "SCUBA" stands for Self Contained Underwater Breathing Apparatus. Scuba diving can create gas bubbles in your blood that can cause many health problems. The American College of Obstetricians and Gynecologists, as well as many diving organizations, therefore recommend that pregnant women do not scuba dive.

Snorkeling along the water surface is safe, but scuba diving well below the surface is not considered safe in pregnancy.

If the mother gets decompression illness and passes it onto her fetus, the fetus does not have any way to expel any bubbles that may form.

While there is no conclusive scientific research that shows the harmful effects of scuba diving pregnant, most of the evidence concerning diving and pregnancy shows some concerning results.

What are some of the harmful effects of scuba diving during pregnancy?

In some of the surveys done in women who dove while pregnant, there were some that showed an increase in miscarriages and abnormalities. Studies done with animals (sheep being one of the subjects since the placenta is similar to humans) show a higher than normal rate of fetal deaths.

The problem with diving while pregnant occurs with the fetus since their blood is oxygenated with the placenta. The fetus does not have the lungs to filter the nitrogen. If the mother gets decompression illness and passes it onto her fetus, the fetus does not have any way to expel any bubbles that may form. This increases the likelihood that the bubbles can move around and harm the fetus' vital organs, spine, brain, etc.

These are only rough rules of thumb, it is different for every woman depending on the circumstances of her delivery and health. Always check with your doctor before resuming diving.