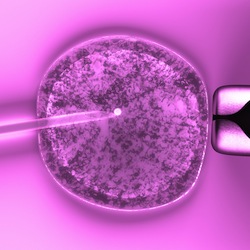 Medical technology is a wonderful thing. It’s saving lives and creating miracles, day in and day out. For couples struggling with fertility, there are some pretty advanced options out there, technologically speaking. These options – sometimes referred to  as “Advanced Reproductive Therapy” or “Assisted Reproductive Technlology” (ART) can make the difference between being childless or adopting a child and having a child that’s biologically your own.

Around 40,000 births in the United States each year are the result of ART. Use of ART has been steadily increasing over the past two decades. One reason for this increase has to do with the fact that couples are waiting until they’re older to have children and are more likely to need a little help at that point.

Let’s look at some of the ART procedures out there, as well as how and why they’re most often used:

Ultimately, it’s up to you and your doctors what type of ART might be right for you. Knowing what your options are and what the prognosis is for success allows you to make an informed decision about what can be a very expensive procedure.