Follow us on Instagram
Our app takes the guesswork out of getting pregnant. Get Obie for iOS Now!
Infertility » Male Infertility

What Causes a Low or Abnormal Sperm Count? 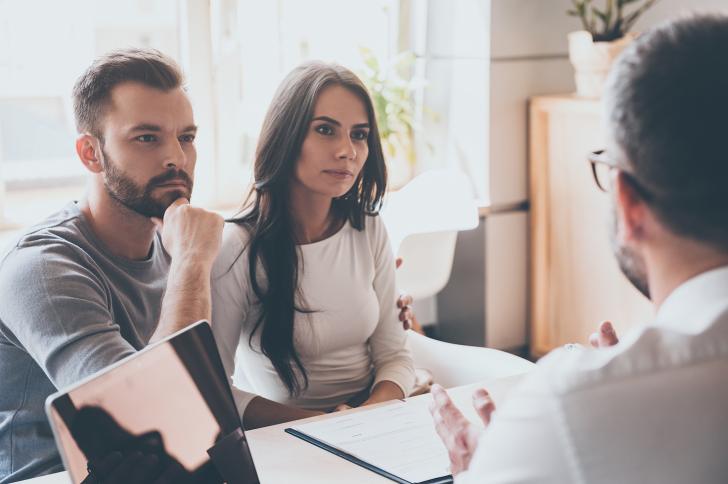 Improve your fertility and get pregnant faster

Obie is your reproductive health coach, helping you reach your goal with expert personalized guidance.

Not an iOS user? Sign up to be the first to know about Obie for Android.

Why does low sperm count occur?

Low sperm count is the one that is most often discussed, but there are other causes of male infertility, such as testicular damage and poor sperm quality. There are many different disorders that can lead to sperm problems including:

Male infertility is the number one single cause of infertility among most couples and it is largely due to abnormal sperm. There are several problems with a man’s sperm that can affect his fertility, such as low sperm count, low sperm motility, and abnormal sperm shape.

Some experts suggest that over half of all male infertility is due to a low sperm count.

The most common one, low sperm count, is the one that is most often discussed, and with good reason. Some experts suggest that over half of all male infertility is due to a low sperm count

However, there are other types of sperm problems that can interfere with pregnancy, including low sperm motility (movement) and abnormal sperm.

What is abnormal sperm?

You’ve probably seen depictions of a normal sperm. A normal sperm has an oval-shaped head and a long, winding tail. An abnormal sperm will look differently. It may have an abnormally shaped head, crooked tail, two tails or an extra large head. Any of these conditions can become a problem for egg fertilization.

It’s not uncommon to have many abnormal sperm. In fact, sperm is considered normal as long as 4% or more are “morphologically normal.” The rest of the sperm can be defective, as long as there are a few swimmers that really know what they’re doing.

What role do genes play?

Exposure to heavy metals, radiation, and even certain nutrients can also affect your sperm. These can cause a low sperm count, problems with motility as well as abnormal sperm. Abnormal sperm can also be caused by infection, fever, alcohol consumption, smoking, and certain medical abnormalities like a varicocele or a congenital testicular defect.

What can you do about abnormal sperm?

Abnormal sperm is often only one of multiple issues causing a couple to have fertility problems. Many men who have abnormal sperm also have a low sperm count or low sperm motility, and in those instances, all of the problems must be addressed.

For some men, the cause of the abnormal sperm can be treated. If the sperm are abnormal due to an infection, an antibiotic may be able to clear things up. If it’s a congenital testicular defect, the issue is harder to correct.

In most cases, an aggressive fertility treatment approach is necessary to help a man with abnormal sperm. You and your partner may also need to consider advanced treatments such as in vitro fertilization (IVF) and embryo transfer.

A temporary reduction in sperm production can also be caused by heavy duty cycling, exposure to extreme heat, ill-fitting briefs, insomnia, performance pressure, and emotional stress. When due to these causes, lifestyle changes can boost sperm count.

Keep in mind that male fertility also reflects a man’s general health. Men who live a healthy lifestyle are more likely to produce healthy sperm. Unfortunately, a damaged testicle will not usually regain its sperm-making capabilities. Despite medicine’s limited ability to treat male infertility, many successful treatment options are available for its many causes.