Caring for Your Large for Gestational Age Infant 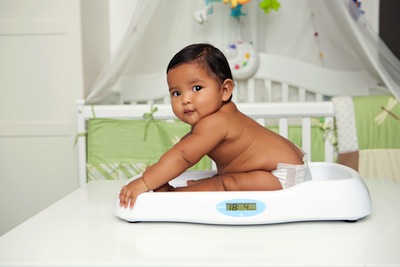 Gestational Diabetes and LGW Infants
If a pregnant woman suffers from gestational diabetes, her infant may weigh more than other infants of the same term. This is due to an imbalance in blood glucose. While the extra weight can affect children born to mothers with gestational diabetes for years in the future, according to current clinical studies, immediate care is not necessarily needed. Diabetes does not pass from mother to infant during pregnancy or childbirth.

Home Care and Your Larger Infant
Two of the biggest challenges of caring for a large for gestational age infant are clothing and diapers. The clothing you’ve purchased along the way is likely sized for an infant of normal birth weight, so many of the pieces may not fit from birth. Newborn diapers are not made for larger infants and thus parents will need to choose a larger size and either cut out a spot for the umbilical cord or fold down the front of the diaper until the umbilical cord is healed.

Friends, Family and Strangers
Some parents find it difficult to deal with questions, statements and comments made by friends, family and strangers, especially if the baby blues have set in postpartum. A complete stranger calling your infant chunky or fat may be totally innocent, but it may not feel that way. Comments about your baby’s size are not negative nor are they directed at your ability as a parent. Try to stay calm and brush off any misplaced or misspoken comments from strangers. If inappropriate comments are said by friends or family, let them know you are uncomfortable with the comment and ask them to stop.

Large for gestational age infants are typically born full term and have no long-term medical needed unique to the birth weight. The biggest problems for mom and dad are finding clothes to fit baby and getting used to a newborn that weighs as much as a three month old.