Follow us on Instagram
Our app takes the guesswork out of getting pregnant. Get Obie for iOS Now!
Pregnancy » Paternity Test 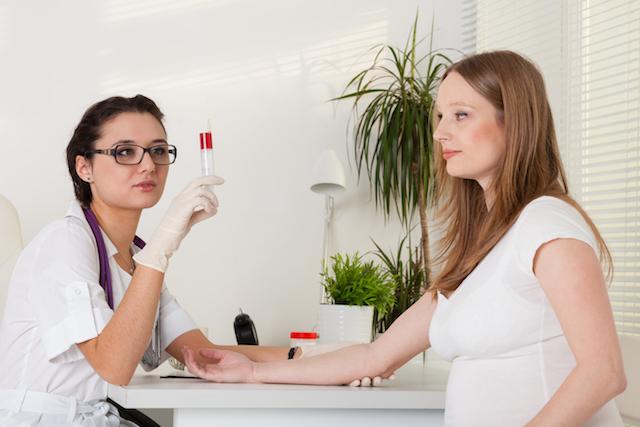 Noninvasive prenatal paternity testing can be done during pregnancy to establish biological paternity, to determine who the father of a person is.

Paternity DNA testing determines the biological father of a child. Discovering the paternity of a baby before birth is a common wish among women. Paternity questions can add stress—but there is a safe solution. Advanced Non-Invasive Prenatal Paternity Test NIPP makes it possible to get accurate answers as early 8 weeks in a pregnancy without risk to the baby because only blood collected from the mother is being used. Cells from the developing fetus float freely in the bloodstream of the pregnant mother. These fetal cells can be found as early as the 8th week of pregnancy. With advanced technology, paternity centers can develop a DNA profile of the fetal cells and compare the profile to the DNA profile of the presumed father. A conclusive paternity test report can be delivered in as little as 3 business days after the laboratory receives the DNA samples.

Maternity DNA testing determines the biological mother of a child. It’s much like a DNA paternity test, but compares a child’s DNA pattern with that of the mother. Children inherit half their DNA from their father and half from their mother. Even if the father is not tested, it can prove conclusively whether or not the child’s DNA matches the mother.

Maternity DNA testing is often requested in the following situations:

In a Maternity DNA Test, the child and mother are tested—the father is optional but encouraged to participate. It helps to exclude half of the child’s DNA from the dad, leaving the other half of the DNA for comparison to the mom. Testing the dad does not increase the cost of the test, and is not mandatory. Maternity DNA tests with the mother and child are accurate.

There are two testing options for maternity DNA testing: legal and non-legal.

Legal: In this DNA test, the laboratory coordinates the DNA sample collection at a location near you. The professional collector then compiles all identification, completes paperwork for the test, and finally sends the package to the laboratory for testing. Legal test results can be submitted to Immigration agencies or courts as legal proof of maternity.

Non-legal: If you don’t need your results in court, you can choose to collect your DNA at home and send it to the laboratory for testing. We often encourage people to consider the legal route, as many clients return for the legal test after the non-legal one, which adds to the cost. But if the non-legal is the best test for you, we offer this option.

Generally, the sample can include cheek cells, blood, cord blood, hair or semen - to name a few. DNA is located in every cell of the body thus as long as the sample includes cells; DNA strands can be isolated and extracted. Once the DNA is ready, the loci (or DNA points) are matched between the father and the baby. The father will either be included or excluded. An exclusion means the suspected father is not the biological father. Inclusion means the DNA loci matched at least 97% up to 99.99%.

DNA testing can take place without the knowledge of the father if the mother is able to secure a sample of DNA from the father. This test will most often not be admissible in a court of law but could prove paternity in cases without legal status.