A new study suggests babies born as the result of assisted reproduction are at least twice as likely to suffer serious complications as those born after spontaneous conception.

Published online in the medical journal PLOS ONE, this study is the most comprehensive of its kind ever undertaken; it is also the first to compare pregnancies in women who received a diagnosis of infertility but never received treatment. 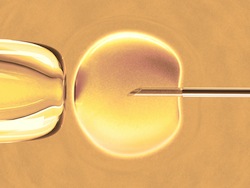 Researchers from the University of Adelaide compared the outcomes of more than 300,000 South Australian births occurring over a 17-year period. More than 4,300 births of the births included in the study were the result of assisted reproduction, including in-vitro fertilization (IVF).

The researchers compared all forms of assisted reproduction treatments, including in vitro fertilization, cryopreservation of embryos, intracytoplasmic sperm injection (ICSI), and ovulation induction.

They found that, as compared with babies born by spontaneous conception, infants born after assisted reproduction were almost twice as likely to be stillborn or die within the first 28 days of life. These children also suffer double the risk for being born preterm and triple the risk for being underweight at birth.

The outcomes varied according to the type of reproduction used. Low birth weight, preterm birth, and death were more common in births resulting from IVF. Frozen embryos were associated with “big baby syndrome” when used in IVF and ICSI.

The authors of the study urged more research and follow-up of those at highest risk after assisted reproduction.