C-Section May Lead to Increased Risk for Asthma

Asthma affects approximately 300 million people globally. It is estimated that the condition causes more than 250,000 deaths annually. Asthma is a breathing disorder that causes a tightness in the chest, labored breathing and could result in death if not treated. It can affect children and adults, men and women. The main causes of asthma are genetic and environmental factors, including dust, mold, indoor and outdoor allergens.

The Norwegian Mother and 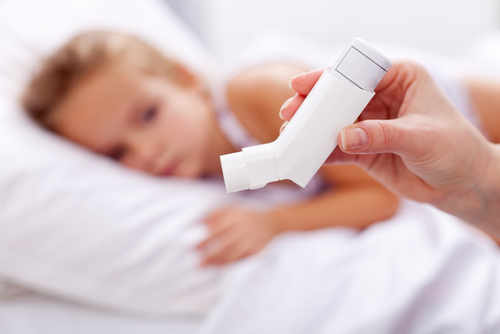 Child Cohort Study (MoBa) researched the link between the development of asthma and children born by C-section. MoBa aimed to reveal whether there was a connection between C-section births and asthma in children with no genetic disposition to the condition. It was MoBa’s hypothesis that C-sections could increase the risk and thus hinder the long-term health of children born surgically rather than vaginally.

MoBa studied approximately 37,000 mothers and analyzed the methods of birth and subsequent development of asthma, wheezing and lower respiratory infections in children. The study included children born both vaginally and by C-section. The results concluded that children born by C-section were at a higher risk of developing asthma by the age of three compared to children born vaginally of the same age group. The study also found children born by C-section had a lower risk of wheezing and lower respiratory infections by age three, despite the increased risk of asthma. If the mother was affected by allergies and had a C-section, the risk of developing asthma was even higher.

Maria Magnus, one of the authors of the study, found that C-sections were not ultimately the cause of asthma, but increased vulnerability to the development of the disease. Magnus found that the increased risk of asthma was caused by altered bacterial flora. This bacterium helps the immune system develop correctly. When the flora was altered, so was the development of the immune system leading to an increased number of asthma cases. Researchers noted, however, that children born via C-section are already at increased risk of respiratory illness for a few weeks after birth. There is no mention if this increased risk of respiratory illness could contribute to asthma.